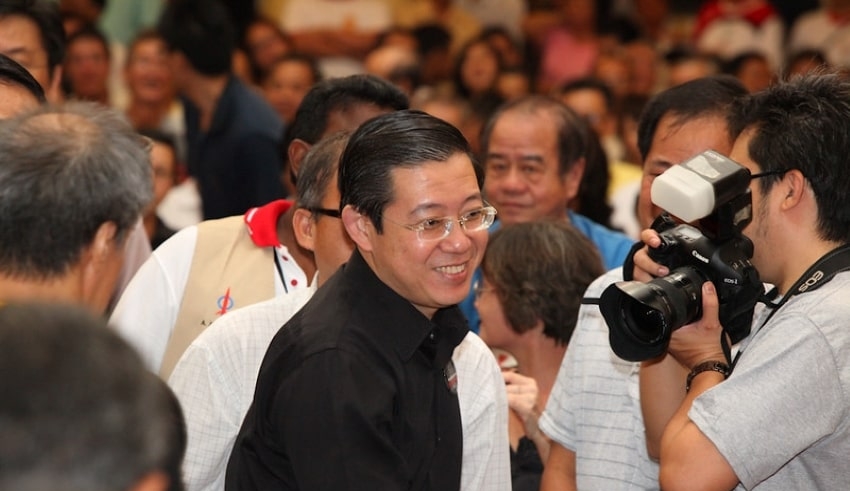 In a hearing at the Sessions Court, senior Penang government official was said to have received direction coming from Lim Guan Eng to meet with the representatives of Beijing Urban Construction Group Sdn Bhd (BUCG) when it lobbied for an undersea tunnel project.
(C) Flickr, Jason Thai

In a hearing at the Sessions Court, senior Penang government official was said to have received direction coming from Lim Guan Eng to meet with the representatives of Beijing Urban Construction Group Sdn Bhd (BUCG) when it lobbied for an undersea tunnel project.

In his court statement, the current section head of the Penang State Economic Planning Unit (Transportation) Datuk Lim Hock Seng said that chief minister Guan Eng at that time had given him instruction to contact two representatives of a China Company, BUCG with regards to the Penang undersea tunnel project proposal on January 26, 2011.

One of the prosecution witnesses, Hock Seng said that the implementation of the project will be done through an open tender as claimed by the chief minister.

Hock Seng said that the two BUCG representatives were Datuk Zarul Ahmad Mohd Zulkifli, who has been alleged to solicit bribe from Guan Eng and Lim Chee Hoe.

In a witness statement, he said that during a state government council meeting held on January 26, the chief minister had informed that there was a private company that is looking into the proposal of the construction of an undersea tunnel and is considering to sign a Memorandum of Understanding (MoU) with the state government.

He added that the chief minister had personally told him later that the private company he told about was BUCG and also gave him its two representative’s contact details which are Zarul and Chee Hoe and instructed him to give them a call following the council meeting on the same day.

Hock Seng also mentioned that before the signing event of the MoU, a Penang state executive councilor which is in charge of public works, utilities and transportation during the time also met with the both representatives for a number of times.

He said that he had known the two people only after their first meeting although he did not give any more details as to when it happened.

On March 16, 2011 during another state government council meeting, the two representatives were urging the state government to rush the signing of the MoU which eventually happened on March 17, 2011.

When the MoU had been exhibited in court, Hock Seng affirmed that the signatures that appeared on the document were signatures of state government secretary Datuk Farizan Daus and Zarul as BUCG representative while the third belonged to him as the witness.

After the March 22011 MoU, Hock Seng told the court that the state government council meeting had been advised by Guan Eng on April 27 about another MoU to be signed by him and the BUCG chairman in Putrajaya on April 28.

He said that MoU was for the undersea tunnel project proposal with a length of 5km and worth RM10 billion and will be completely funded by the BUCG.

Hock Seng affirmed that the MoU explicitly states the company’s interest in taking on the project as well as having the project to be implemented through an open tender as based on the document.

According to Hock Seng, about a month after the finalization of the second MoU, during a state government council meeting, Guan Eng asked for the request for proposal (RFP) to be rushed after an undecisive meeting with BUCG over the construction of the undersea tunnel on May 19.

He also confirmed that 10 representatives of the state government made a visit to Beijing in the People’s Republic of China for a week between June 2 and June 8 after the BUCG general manager officially invited the Chief Minister.

“All accommodation, travel tickets and sustenance expenses are paid for by the state government,” he said after the delegation was approved by the state government council meeting. The former Penang chief minister as well as former federal minister of finance, Guan Eng, is currently facing charges for soliciting kickbacks amounting to 10 per cent of the profits scraped by Consortium Zenith, which were later valued at RM3.3 million, to help the company secure the RM6.3 billion project.