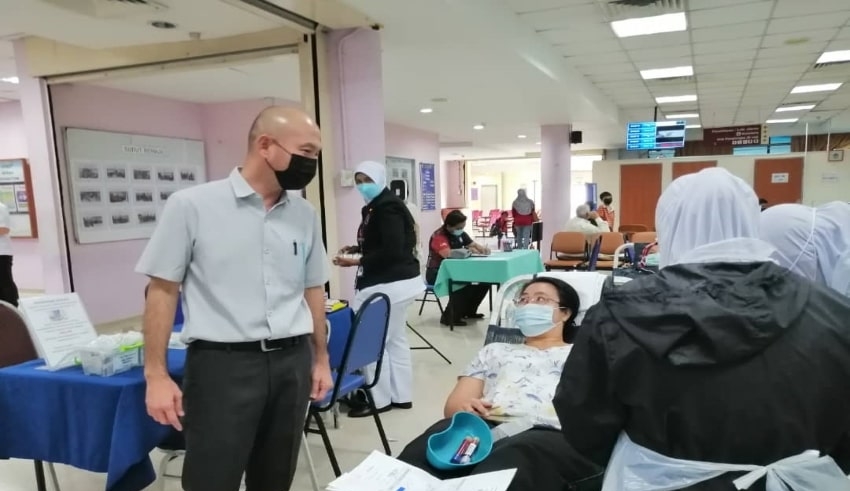 Malaysia – DAP’s Lim Lip Eng, whom is also the Kepong MP questioned the need for Prime Minister Ismail Sabri Yaakob to appoint three advisers, each costing RM50,000 a month especially at a time when the nation’s coffers are running low.

He pointed out that there were already relevant ministers to provide advice in the areas that the trio were appointed to give their advice: religion, health, as well as law and human rights.

Lim asked in a statement if PM Ismail Sabri does not trust his cabinet ministers to provide him the feedback that he needs, or are they deemed to be incompetent.

He added that if they are unable to perform their functions, at least they have officers who can be called upon to advise the prime minister, unless of course, Ismail Sabri can no longer trust anyone from within his cabinet colleagues.

“Ismail Sabri has just three months ago appointed Senator Idris Ahmad as the Religious Affairs minister. If he can no longer trust Idris because he is from PAS, the prime minister should replace him with Jamil.

Sheikh Umar of the DAP urges critics to see beyond disagreements

The number Covid-19 patients placed in ICU, on the rise again, says MOH

“Both PM and Idris owe the public an explanation as it involves a lot of taxpayers’ money every month just to upkeep the two key positions, especially at a time when people are trying to make ends meet.

“On everyone’s mind now is how to put food on the table, pay bills and raise children,” said Lim.

He added that Ismail Sabri should instead spend resources to address inflation and the rise in price for everyday goods, which according to Lim is largely caused by “domestic issues”, not Covid-19.

“Therefore, if anything, Ismail Sabri should replace all three advisers with a team of well-qualified economic advisers to help the government in bringing the country back on track again,” he said.

Minister in the Prime Minister’s Department (Special Functions) Datuk Abdul Latiff Ahmad in a parliamentary written reply to Pandan MP Dr Wan Azizah Wan Ismail on November 13, had said that Ismail Sabri has three advisers, each costing RM50,000 including their staff. It is understood that Pengerang MP Datuk Seri Azalina Othman is the law and human rights adviser, while the health adviser is still unknown.