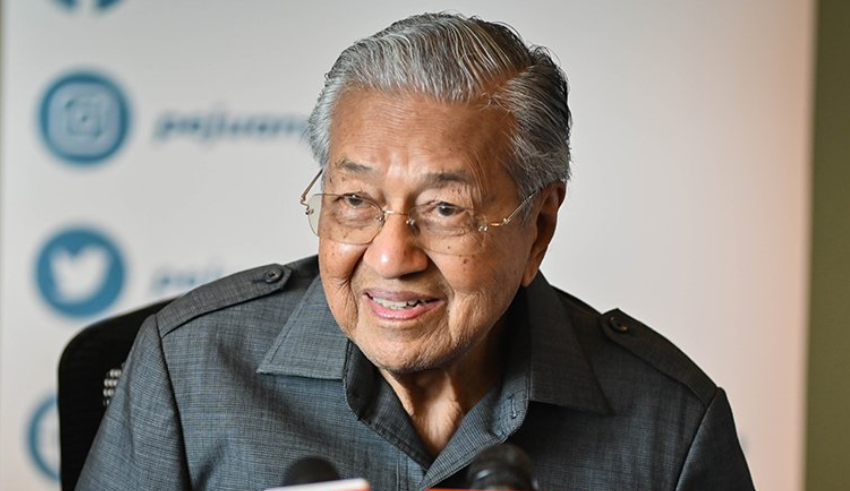 Local firm UKSB has been linked to the corruption case against the ex-deputy prime minister and current UMNO president Ahmad Zahid Hamidi.

Ahmad Zahid is charged with 33 counts of accepting bribes from UKSB totaling RM42 million to renew the company’s contract as the operator of the One Stop Centre (OSC) service in China and the Foreign Visa Network (VLN) for the Home Ministry.

During cross-examination by defense attorney Ahmad Zaidi Zainal, Mr. Tan testified that the money was transferred through Dr. Mahathir’s nephew Rahmat Abu Bakar and that the ledger entry “Kedahan” served as a reference.

Tan’s response to the defense attorney’s question about whether or not Mr. Rahmat was instructed to send the RM2.6 million to Dr. Mahathir for political funding was, “That’s correct.”

According to him, the money was meant for both Dr. Mahathir and the Parti Pribumi Bersatu Malaysia (Bersatu), the political party that Dr. Mahathir co-founded in 2016 after he left UMNO.

Dr. Mahathir, who returned to power in 2018 after leading the opposition Pakatan Harapan coalition to victory in elections, also served as chairman of Bersatu from 2016 to February 2020.

After the 14th general election in Malaysia in August and September of 2018, Mr. Tan reportedly received two payments of RM1.3 million each.

The defense also questioned Mr. Tan on RM1.3 million in alleged political finance given to Pagoh MP and former home minister Muhyiddin Yassin in 2018. This money was linked to the VLN.

Mr. Tan testified that UKSB made the payment to Mr. Muhyiddin through SHH Resources Sdn Bhd director Teo Wee Cheng, whom he described as a “close buddy” of Mr. Muhyiddin’s. Mr. Muhyiddin now serves as president of Bersatu.

In addition to the 33 allegations of bribery, Ahmad Zahid faces seven counts related to his time as home minister, during which he is alleged to have accepted more than RM6.85 million in cash in various currencies.

In May, Prime Minister Ismail Sabri Yaakob revealed that the Political Funding Bill, which seeks to regulate political parties’ financial activities, has won the support of a special Cabinet committee.

He made a statement praising the bill, saying it was necessary because no national legislation or policy currently exists to govern such issues.

“It can prevent the risks of corruption and abuse of power involving politicians, which could bring negative impact to the country’s image and to the government,” according to his statement last May 19th.