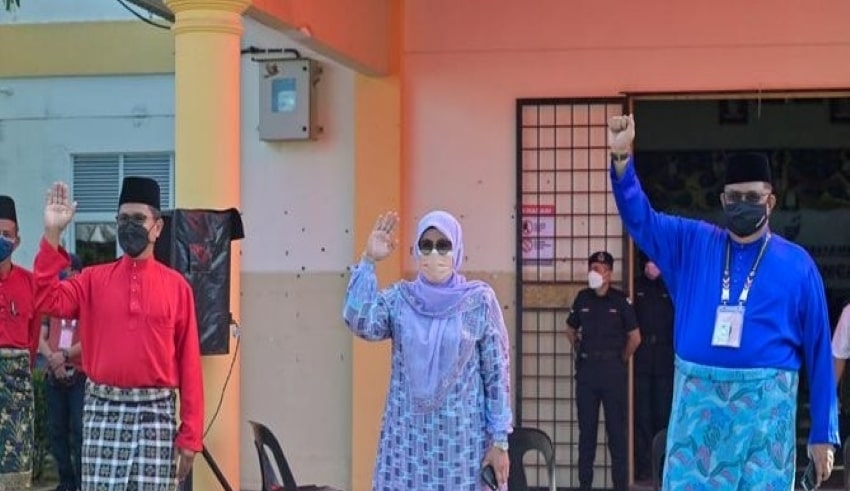 Although she has been labelled a ‘traitor’, this has not dampened the spirits of Masjid Tanah Member of Parliament, Datuk Mas Ermieyati Samsudin to continue to serve her constituents.
(C) malaysiakini

Malaysia – Although she has been labelled a ‘traitor’, this has not dampened the spirits of Masjid Tanah Member of Parliament, Datuk Mas Ermieyati Samsudin to continue to serve her constituents.

In fact, she is determined to repay her party, Parti Pribumi Bersatu Malaysia’s (Bersatu) trust in her to contribute one seat to Perikatan Nasional (PN) in the upcoming Melaka state election although she has had to deal with the negative label over the past three years.

“The ‘traitor’ label is not just now but has been from before. Whatever label or title that has been given to me from three years ago, I am determined to render my services to Masjid Tanah, to always meet my constituents. I have not left them.

“I still continue to provide help even though there may be just one letter of support…I still try to do my best,” she told Bernama, here.

Confident that she has done her best for the people all this while, Mas Ermieyati is now leaving her fate in the hands of Tanjung Bidara voters.

She has never bothered with labels thrown at her but refrains from answering these accusations and is rather committed to the tasks entrusted to her.

“If there is any leader who labels me a traitor, I will leave it to the public to assess me as they are mature and wise.

Mas Ermieyati is representing Bersatu in Tanjung Bidara in the Melaka state election on Nov 20.

When asked if she would quit her post as deputy minister in the Prime Minister’s Department (Parliament and Law) if she won the seat, Mas Ermieyati said she was capable of dividing her time to fulfill both responsibilities.

“There is no rule to say I should resign as deputy minister as each of us is given 24 hours a day, and it is all about how one manages one’s time and responsibilities.

“If you are given the responsibility but you are nowhere to be seen, then it is useless. If am elected as the Tanjung Bidara assemblyman, I will know how to divide my tasks as even now, I still have time to be in the area three or four times a week,” she said.

Mas Ermieyati, 45, who is also the Masjid Tanah Bersatu division chief, was previously the Puteri Umno chief before leaving the party in July 2018, two months after the 14th General Election (GE14). She then submitted her membership form to join Bersatu in mid-December 2018 and was confirmed a party member later that month.