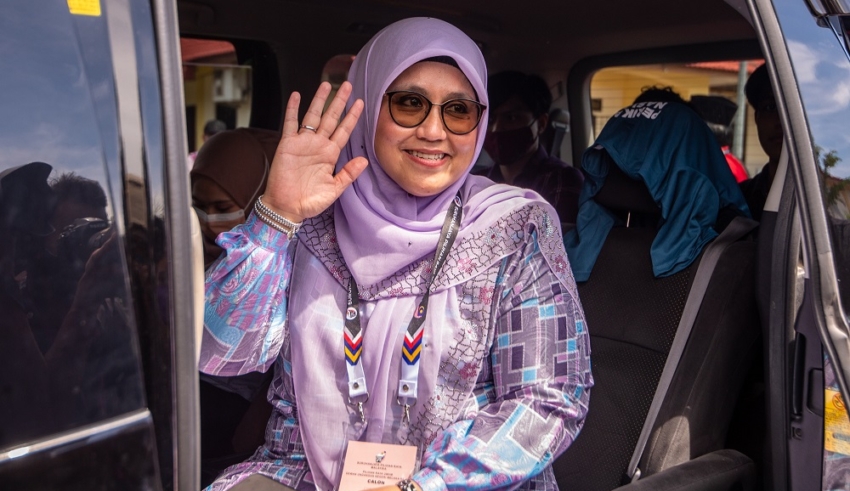 Malaysia – Bersatu Srikandi vice-chief Datuk Mas Ermieyati Samsudin is leaving to the voters to decide whether she would represent them in the Tanjung Bidara state constituency in the Melaka election on November 20.

Being fully aware that she is standing in a Umno stronghold, Mas Ermieyati who is also the deputy minister in the prime minister’s department (parliament and law) said all parties have the same opportunity in the election this time.

“And we should use our time and wisdom but most importantly it depends on the voters themselves to evaluate my track record as the Member of Parliament (Masjid Tanah),” she told a press conference at BN Tanjung Bidara Operations Room here today.

Mas Ermieyati said the social media platform would be playing a crucial role in this election following the stringent standard operating procedure (SOP) imposed by the National Security Council (MKN) and the Election Commission (EC).

“If we look at the 10,130 voters (Tanjung Bidara constituency), the young voters would focus on social media. And today, we also cannot deny the senior voters would also have social media account.

“Both young and old are now looking at Facebook and other social media,” she said.

The Election Commission set today as nomination day while polling day for Melaka election is on November 20 and early voting on November 16 following the dissolution of the State Assembly on October 4 when four assemblymen withdrew their support for the chief minister.