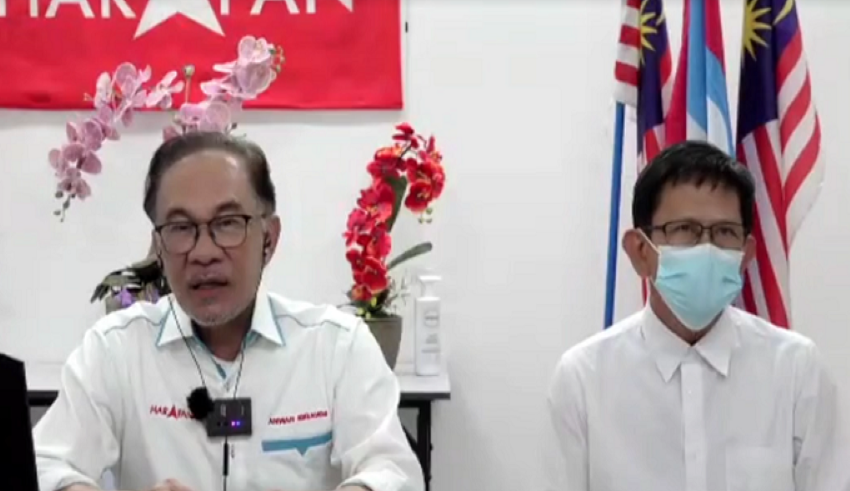 Anwar, on the other hand, said that this is still a work in progress and that both PKR and Amanah want to make their candidate lineups for the state election public soon.

He said in a videoconference that “one or two” former UMNO members MPs of Melaka’s assembly may be accepted into Anwar’s party.

Despite Anwar’s assertion that the four former Melaka assemblymen had returned the mandate to Pakatan Harapan by recently withdrawing their support from the Melaka administration, he acknowledged that there would be others who disagree with such a stance.

He also said that there was no problem of moving from one political party to another after the dissolution of the Melaka state legislature.

“With the dissolution of the state legislative assembly, the topic of party jumping and anti-party hopping is irrelevant. They are no longer state assemblymen; they need a new mandate, which the party may accept or reject,” he said.

“Therefore, as far as I understand it, Keadilan will select just one, and Amanah will choose one, and while it will be finalized later, God-willing, we will announce soon,” he stated.

DAP — the coalition partner of PKR and Amanah in Pakatan Harapan — had already revealed its eight candidates for the Melaka state election.

DAP had asked its partners on November 2 to evaluate the possibility of running two former UMNO state assemblymen as Pakatan Harapan candidates in the Melaka elections, arguing that doing so would be a mistake since PH would lose the moral high ground.

The Election Commission (EC) has scheduled the Melaka state election on November 20.

November 8 is nomination day, and November 16 is early voting.