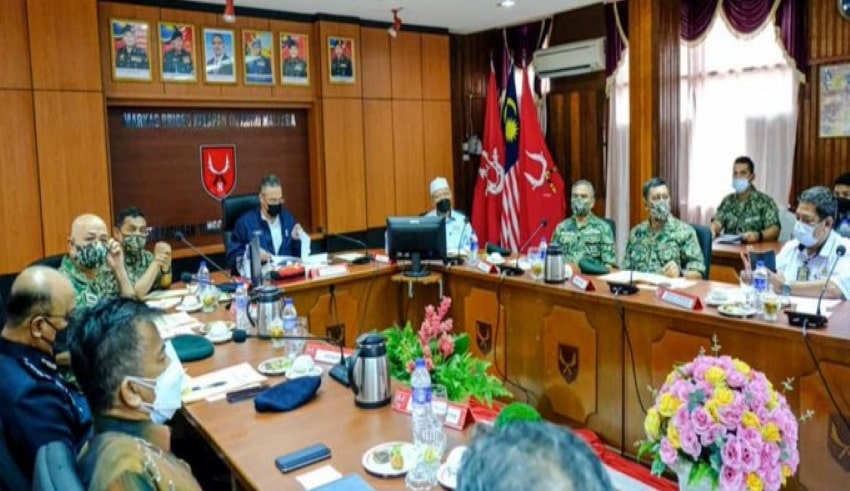 The Ministry of Defence (Mindef) has distributed funds amounting to RM500 in the form of cash payouts to 104 military soldiers, which includes 26 civilian staff members
(C) NST

Malaysia – The Ministry of Defence (Mindef) has distributed funds amounting to RM500 in the form of cash payouts to 104 military soldiers, which includes 26 civilian staff members, who had their families impacted by floods that devastated the Batu Tiga Camp in Temerloh, Pahang, earlier this month.

Hishammuddin Tun Hussein, a senior defence minister, said the donation was in addition to the RM1,000 assistance which was already announced by Prime Minister Datuk Seri Ismail Sabri Yaakob as well as the RM500 donation made by the Pahang state government.

Aside from financial assistance, Mindef also provided food baskets as well as essential household appliances such as freezers, kettles, stoves, rice cookers and other household items like pillows, mattresses and bed sheets, even blankets and beds for the homeless, according to him.

Coach thinks Indonesia must aim higher than the Suzuki Cup

Next Defense Services Asia, National Security Conference Asia to be conducted in 2024

In addition, Hishammuddin said that the ministry has channeled an allocation of RM10,000 exclusively for the al-Quran and Fardu Ain School at the Batu Tiga Camp in order to carry out repairs and restoration work.

For personnel of the Malaysian Armed Forces (MAF), Mindef civilian workers, and MAF veterans around the country who have been impacted by the recent floods, more aid will be announced on a regular basis, insy Allah.” All of your worries are alleviated,” he wrote on his official Facebook page.

However, Hishammuddin said that even though the floodwaters have receded, electricity supply at his camp has not been fully restored. But even so, he expressed gratitude to Tenaga Nasional Berhad (TNB), which has been supplying continuous power to the camp by means of portable generators since the floods began.

The MAF commander urged TNB to speed the repair work, stating that power was critical in the camp, not only for operational reasons, but also to provide for the needs of the MAF families who were housed there.