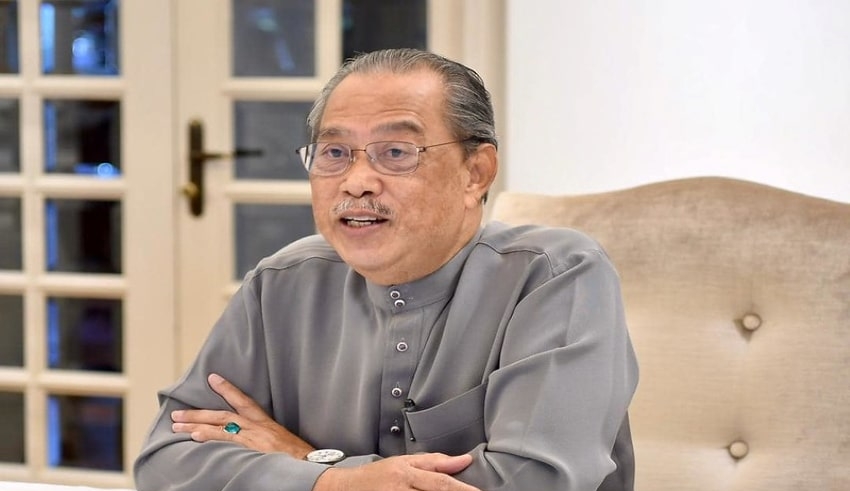 Tan Sri Muhyiddin Yassin announced his resignation as prime minister and the resignation of his cabinet
(C) Flickr, Prachatai

In an earlier royal audience, Tan Sri Muhyiddin Yassin announced his resignation as prime minister and the resignation of his cabinet, which was approved by Istana Negara.

According to a statement issued by the Yang di-Pertuan Agong Al-Sultan Abdullah Ri’ayatuddin Al-Mustafa Billah Shah, the former prime minister Muhyiddin will now serve as caretaker prime minister until a replacement, who commands a majority in the Dewan Rakyat, is appointed from among the House of Representatives.

In a 30-minute audience session that began at 12.30pm and lasted 30 minutes, His Majesty agreed to accept Tan Sri Muhyiddin Yassin’s letter of resignation as prime minister, as well as the resignation letters of the whole Cabinet, effective immediately.

Tan Sri Muhyiddin Yassin will serve as caretaker prime minister until a new prime minister is chosen, according to a statement released on behalf of the King by Comptroller of the Royal Household Datuk Ahmad Fadil Shamsuddin.

Ahmad Fadil stated that the decision was made in accordance with Article 40(2)(a) and Article 43(2)(a) of the Federal Constitution, which allow the Yang di-Pertuan Agong to appoint a Member of Parliament (MP) to chair the Cabinet, who he believes will command the majority support from MPs if elected as the new prime minister.

According to Ahmad Fadil, the Yang di-Pertuan Agong also conveyed his gratitude to Muhyiddin and the Cabinet for their services and administration under Perikatan Nasional (PN) government since it took office in March 2020 as well as for all its efforts in combating Covid-19 in particular. He also mentioned that on the same day, at 11 a.m., the Yang di-Pertuan Agong also had an audience with the Chief Secretary to the Government Tan Sri Mohd Zuki Ali, the Attorney General Tan Sri Idrus Harun, and the Chairman of the Election Commission (EC), Datuk Abdul Ghani Salleh.