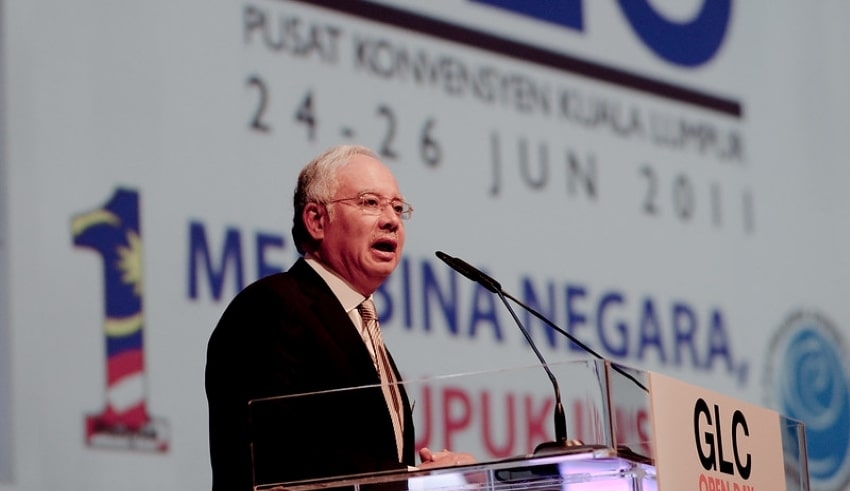 Malaysia's Budget 2022, which amounts to approximately RM332.1 billion, is vulnerable to too many possible risks, according to Datuk Seri Najib Razak.
(C) Flickr, Dojiaxcent

Malaysia – Malaysia’s Budget 2022, which amounts to approximately RM332.1 billion, is vulnerable to too many possible risks, according to Datuk Seri Najib Razak.

He claims that the government would be compelled to borrow even more money to finance its high spending plans at a time when income estimates remain low.

The Pekan MP criticized the present predicament on decisions made by the previous two administrations after the 14th general election in 2018.

According to Najib, the two largest prior government wrong decisions were the abolition of the Goods and Services Tax (GST) and the poorly planned lockdown measures to combat Covid-19.

As a result of its decision to abolish GST, the previous administration increased its reliance on petroleum revenue while chasing away investors by claiming the nation was already bankrupt and authorizing sales of state-owned assets that provided returns to the government, but at the expense of long-term interests. This was a major mistake.

When discussing the Supply Bill (Budget) 2022 in the Dewan Rakyat, Najib said: “And then the enforcement of ‘lockdown’ and movement control orders, among the world’s longest as a result of choices that led to the implementation of ‘lockdown,’ which is half-baked in containing Covid-19.

He said that the present government, led by Prime Minister Datuk Seri Ismail Sabri Yaakob, must bear the burden.

Therefore, he continued, Malaysia’s government finances are now in a risky state.

Malaysians’ finances and way of life have been destroyed, according to Najib, because of the long-term Covid-19 lockdowns.

When asked who was to blame, he didn’t identify names, but instead pointed to “Bapa Lockdown Malaysia,” who he referred to as “Malaysia’s father of lockdowns.”

Najib said the GST’s abolition has had a big influence on the nation, particularly in controlling Covid-19, where tax funds received from those who benefitted from the outbreak could instead be diverted to others who were badly afflicted.

In order to draft its largest Budget to date, with RM332.1 billion earmarked for 2022, the government of the day was compelled to borrow even more money to deal with the deficit, he stated.

He insisted, though, that he was not looking for wrongdoing.

“Let me be clear: This is a Budget 2022 debating session, not a fault-finding session.

Instead, he stated, “we must admit and be conscious of the fundamental mistakes that have been made and the effect on the country’s and government’s financial resources.”

It’s only taken a decade for Malaysia to go through three different political regimes. The coalition headed by Pakatan Harapan was voted to federal power in 2018 and was the first.

When the PKR-Bersatu coalition broke up in May of last year, a significant number of MPs walked out to establish a new alliance with PAS and UMNO, they called it Perikatan Nasional (PN).

After Tan Sri Muhyiddin Yassin’s PN administration fell in August, a coalition of Barisan Nasional and PN members was formed under the leadership of Ismail Sabri.