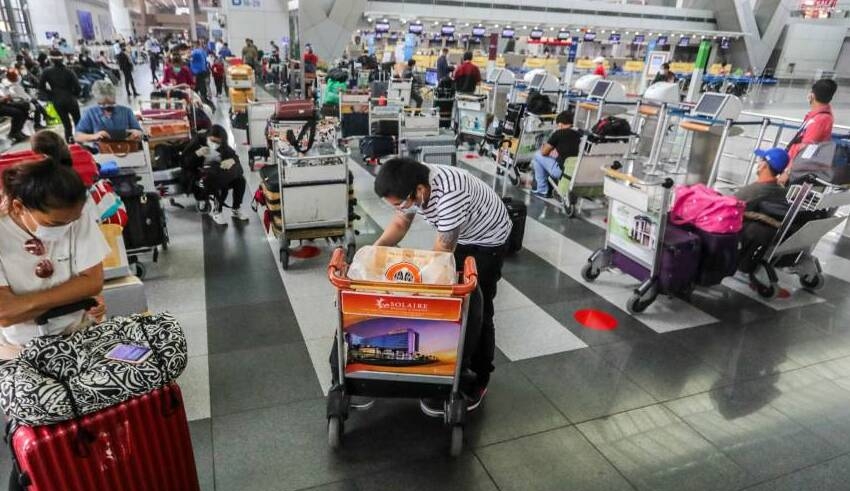 A Senate investigation on January 25 found that an overseas Filipino worker (OFW) who said he was trafficked to Cambodia to work for a cryptocurrency fraud enterprise was provided authentic paperwork from the Philippine government that permitted him to fly to the questionable employment opportunity abroad.

During a joint hearing of the Senate committees on women, children, family relations and gender equality and migrant workers, an OFW identified only as “Ron” stated that he was able to obtain clearance documents to be a “interior designer” in Cambodia, despite the fact that he thought he was applying to be a call center agent. He followed the directions of an internet recruiter.

The hearing investigated allegations of OFW trafficking to Southeast Asian nations. In November 2022, Senator Risa Hontiveros disclosed an allegation of OFWs forced to work as con artists in Myanmar by a purported Chinese mafia. On January 18, Hontiveros uncovered a second complaint of OFWs coming to Cambodia to conduct the exact identical cryptocurrency fraud.

They were compelled to labor long hours befriending victims on dating and messaging applications and persuading them to invest in cryptocurrency. They observed their allegedly Chinese employers electrocute their coworkers. Ron said that his $800 pay was reduced when he was unable to identify individuals to defraud.

Ron was able to complete the pre-departure orientation program needed by the Overseas Workers Welfare Administration and obtain a certificate of attendance. Additionally, he was awarded an international employment certificate (OEC).

Olalia noted that the Department of Migrant Workers (DMW) employs two “lines of defense” while attempting to check reputable employers. Migrant Workers Offices (MWOs, formerly known as Philippine Overseas Labor Offices or POLOs) require employers or their agents to physically show themselves to Philippine authorities for a series of interviews as part of the “verification” process. Here, they determine the name of the employer, the type of business, the industry, and the veracity of the OFW’s proposed job.

However, not all host nations have MWOs. In regions without MWOs, the first line of defense is “authentication,” when personnel from the Philippine embassy or consulate authenticate the papers.

Olalia stated that Ron’s employer was not summoned to the embassy since there was no MWO stationed in Cambodia. However, Ron did submit his paperwork to the Philippine embassy in Phnom Penh, and they were accepted.

The second tier of protection is known as “accreditation,” in which, following authentication, the Philippine post transmits papers to the land-based division of DMW, where they are inspected for conformity with minimum labor requirements. Olalia stated that this was not the case with Ron.

Hontiveros stated that there should be no gaps between government entities while OFWs continue to seek employment overseas.

Olalia stated that the DMW is accountable since it is mandated to safeguard OFWs. He revealed to the senators that consul general Emma Sarne of the Philippine embassy in Cambodia “immediately” visited the DMW in July 2022 to report to them upon learning about this methodology.

The DMW halted all deployments to Cambodia and published a labor alert informing potential OFWs that scammers operate in Cambodia, Laos, and Myanmar.

In the hearing, Sarne testified that there has been a surge in the unlawful recruitment and forced labor of Filipinos in the kingdom for internet scamming activities. She stated that the embassy supported the rescue of 119 Filipinos from undisclosed Cambodian internet gaming sites.

According to Sarne, the illegal recruiters recruited already-present Filipinos in Cambodia. Nonetheless, as the monarchy began easing travel restrictions during the epidemic, OFWs began entering the country as tourists, taking advantage of the visa-free access for Association of Southeast Asian Nations member states.

In a meeting at Malacaang on January 10, Migrant Workers Secretary Susan Ople said that the government wants to establish four MWOs in Bangkok, Guam, and two other locations in 2023. According to the Department of Foreign Affairs, there are no MWOs in Vietnam, Laos, or Myanmar, despite the fact that victims of human trafficking have been documented in these countries as well (DFA).

Tulfo requested a timeframe from the DMW and DFA as to when the extra MWOs will be operational. Olalia and Undersecretary of Foreign Affairs Eduardo de Vega were unable to guarantee that the offices will be operational within a week or a month. However, De Vega stated “more realistically” during the quarter.

De Vega explained that the DMW represents its demands to the DFA to construct MWOs in host nations, and that the DFA then conveys these requests to the host governments.

De Vega gestured to Olalia and requested that the DMW provide information, such as the names of the potential labor attachés, in order to accredit the new MWOs.