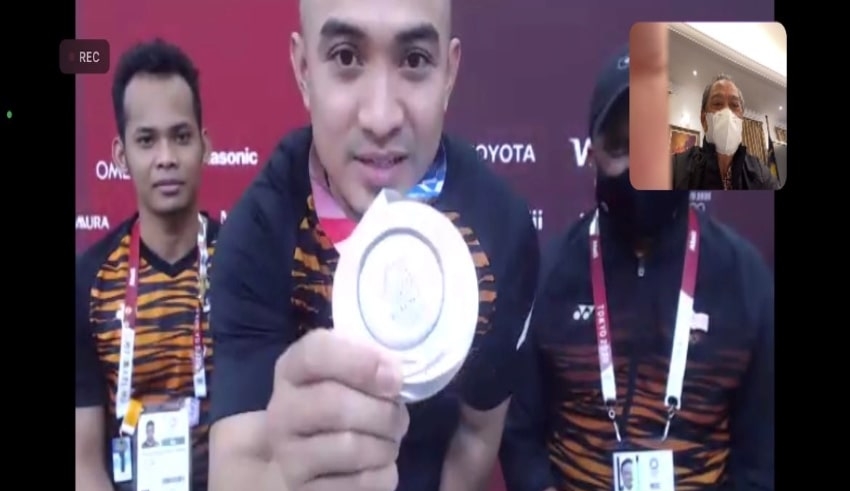 Despite missing out on gold in the keirin at the Tokyo 2020 Olympic Games, Tan Sri Muhyiddin Yassin has praised track cyclist Datuk Mohd Azizulhasni Awang as the true champion for the people of Malaysia.
(C) MuhyiddinYassin / Twitter

Despite missing out on gold in the keirin at the Tokyo 2020 Olympic Games, Tan Sri Muhyiddin Yassin has praised track cyclist Datuk Mohd Azizulhasni Awang as the true champion for the people of Malaysia.

According to the prime minister, Malaysians are all pleased of Mohd Azizulhasni’s success, as he shown tremendous battling spirit in the final at the Izu Velodrome, defeating world champion Harrie Lavreysen of the Netherlands.

Muhyiddin has expressed his confidence in a video conference with Youth and Sports Minister Datuk Seri Reezal Merican Naina Merican, Mohd Azizulhasni, and another national cyclist Muhammad Shah Firdaus Sahrom, who are all in Tokyo that Malaysia’s dream of winning its first Olympic gold at the Paris 2024 Games can be grasped.

He said that Azizul’s win over the world champion from the Netherlands, who was the favorite to win gold demonstrates that he can also beat the Great Britain ace, Jason Kenny and said that he is the true champion for them in Malaysia.

“As a result, I’d want to congratulate and thank Azizul and the rest of the team for their efforts. We should be proud of this accomplishment. Of course, (for) the next Olympics, I hope for Malaysia to win its first gold medal, and it must come from keirin, Insya Allah,” he added during the eight-minute video chat.

The Prime Minister also congratulated Mohd Azizulhasni on the news that his wife is pregnant with their third child, and inquired about his father’s health, who was not feeling well.

He also inquired about the injuries sustained by Muar-born Muhammad Shah Firdaus, and Reezal Merican updated him on the situation.

Meanwhile, Mohd Azizulhasni expressed disappointment at losing out on gold owing to a minor tactical error caused by Australian rider Matthew Glaetzer’s inability to chase down Jason, who made an early sprint.

“I also don’t know why he did it, so it was tough to catch up, but anything may happen in keirin. I can only thank Allah SWT that we received silver this time,” he informed the prime minister, thanking the government and the people for their assistance. At Rio 2016, Azizul won bronze in the same event.