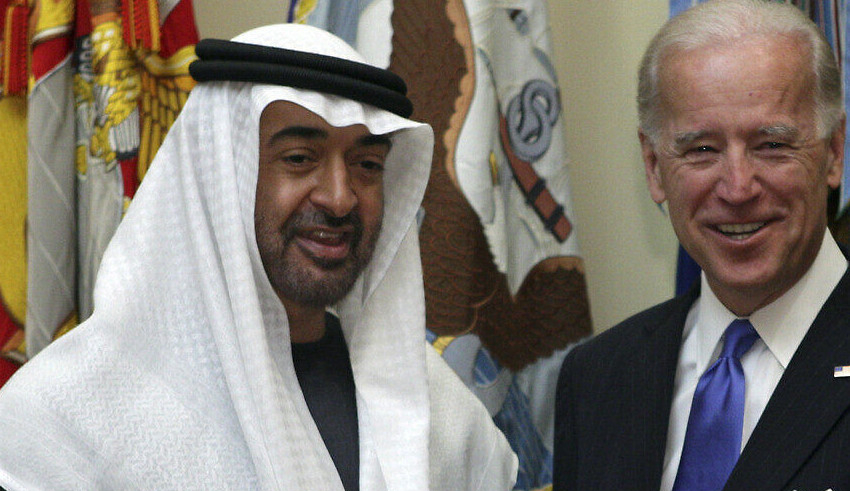 They reviewed the Partnership for Accelerating Clean Energy, signed to speed up the energy transition, advance climate goals, and boost global energy security.
(c) The Times of Israel

The leaders discussed their strategic partnership and addressed global issues, including as energy security.

During the meeting, they also discussed the Partnership for Accelerating Clean Energy, which was inked on Tuesday to aid in accelerating the energy transition, advancing shared climate goals, and bolstering global energy security.

Sheikh Mohamed witnessed the signing of the deal at the Abu Dhabi International Petroleum Exhibition and Conference.

By 2035, the alliance will invest $100 billion to generate 100 gigawatts of sustainable energy in the United States, the United Arab Emirates, and emerging economies throughout the world.

“Today, in a video conference with Vice President Biden, we underlined the depth of U.A.E.-U.S. relations and discussed our recently launched program to expedite the energy transition. In addition, we discussed energy security and our shared commitment to bolstering climate action,” Sheikh Mohamed authored a tweet.

During the conversation, the leaders reaffirmed their commitment to boosting climate ambition and climate action in accordance with their net-zero 2050 objectives.

In anticipation of Cop27 in Egypt later this month and Cop28 in the UAE the following year, both countries acknowledged that Pace will be a crucial accelerator to achieve net-zero emissions by boosting investment in clean energy projects, technologies, and resources.

They emphasized the significance of a swift and well-managed energy transition and its potential to boost economic possibilities and stimulate more sustainable growth.

Both presidents also shared a strong goal in stabilizing the global energy market and growing their investments in renewable energy, and they committed to enhancing their already tight cooperation.

He underlined the UAE’s longstanding concern on the effects of global warming, especially on countries with extensive coastlines and harsh climates like the UAE.

He discussed the UAE’s leading position in the energy revolution, highlighting its 200-fold increase in renewable energy capacity over the past decade, which included the construction of three of the world’s largest and cheapest solar projects.

Mr. Biden also commended Sheikh Mohamed “for his leadership on climate issues” and promised his support for the United Arab Emirates to host Cop 28 next year, according to a White House readout.

The presidents also emphasized the significance of strengthening the “strategic relationship” between the two nations.

The White House announced that the United States and the United Arab Emirates will collaborate on a variety of clean energy efforts, including carbon and methane management, civil nuclear energy, and decarbonizing the industrial and transportation sectors.

Sheikh Mohamed informed Vice President Biden on the United Arab Emirates’ investment and assistance for sustainable energy projects on six continents, including 31 small island developing states in the Caribbean and Pacific Ocean, and a rising number of projects in the United States.