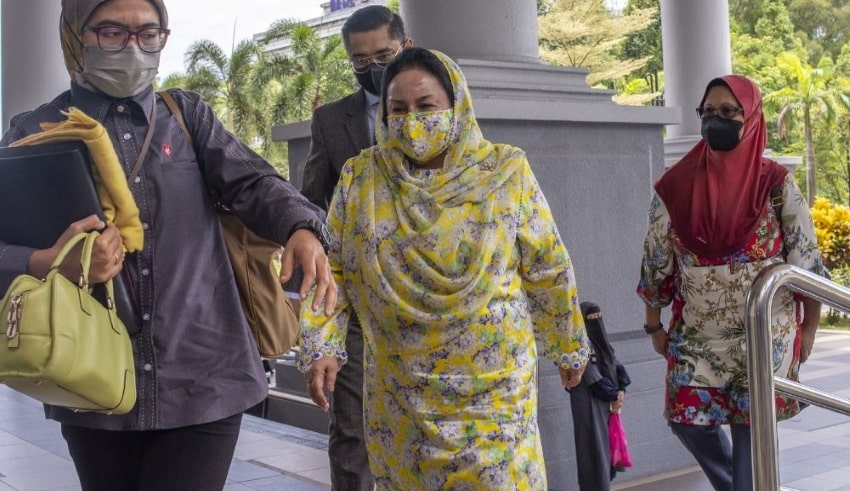 Malaysia – The prosecution said that Datin Seri Rosmah Mansor’s second attempt to remove Justice Mohamed Zaini Mazlan from the case was an abuse of judicial procedure.

“Messrs Geethan Ram filed the prior recusal motion, and now a new business has filed the same relief, therefore we will see the same application next time.

“It is a misuse of the judicial process since Your Majesty ruled on the identical case last December. “This application is a bust,” Sri Ram stated.

This is the second time Rosmah has submitted the application after Judge Mohamed Zaini, who is also the judge in Rosmah’s solar hybrid case trial, denied her request to disqualify him last December 14.

In his ruling on that day, Justice Mohamed Zaini stated he took care not to prejudice Rosmah in the money laundering case by referring to her comments in the solar case since a court must assess the evidence against the accused individually and independently.

“What I discover in the solar case stays there. “It is my solemn obligation, or any judge’s duty, to guarantee that the accused, or any accused, is tried fairly,” he stated.

He claimed that Justice Mohamed Zaini’s involvement in various criminal cases involving Rosmah’s family, including Najib, rendered him unable to carry out his judicial duties without biasing his client.

Even those taught to be independent and fair-minded must recognize ‘human weakness,’ since a judge is a person, he noted.

And that Justice Mohamed Zaini’s participation in many cases involving Rosmah might lead to a miscarriage of justice, lowering public faith in the court and its administration.

Rosmah, 70, is charged with 12 counts of money laundering and five counts of failing to report her income to the Inland Revenue Board (LHDN).