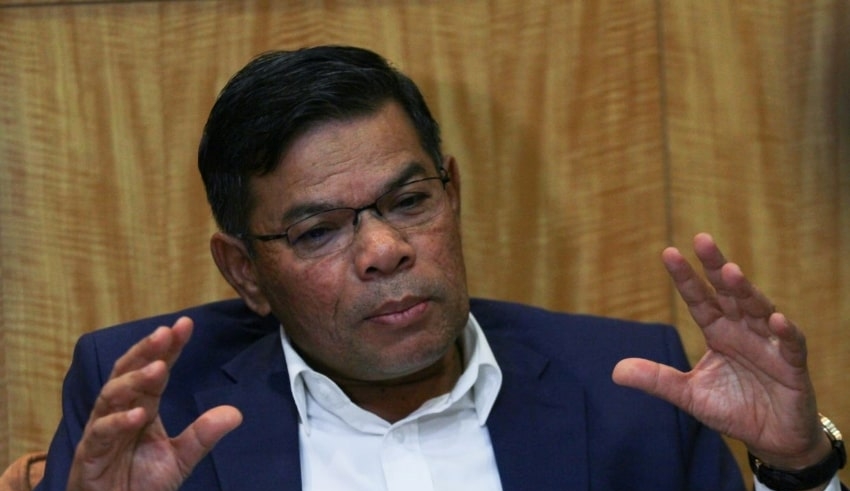 Datuk Seri Saifuddin Nasution Ismail, the PKR secretary-general, stated his predecessor Rafizi Ramli should not be frightened to communicate his views to the party as previously since his former opponent, Datuk Seri Azmin Ali
(C) thestar

Malaysia – Datuk Seri Saifuddin Nasution Ismail, the PKR secretary-general, stated his predecessor Rafizi Ramli should not be frightened to communicate his views to the party as previously since his former opponent, Datuk Seri Azmin Ali, was no longer present to discredit them.

Rafizi, whom Saifuddin will face in the PKR deputy presidency election, should feel free to pitch ideas and concepts to the party directly, according to Saifuddin.

Rafizi is on a campaign trip with Nurul Izzah Anwar, the MP for Permatang Pauh, to persuade undecided voters to vote for PKR.

Rafizi spoke out throughout the campaign against the opposition parties’ problems and dismal results in the elections in Johor, Melaka, Sabah, and Sarawak.

Saifuddin praised the visit as a respectable attempt by the two younger lawmakers in an interview, but expressed disappointment that it was carried out without the party’s participation.

Asked about Petronas taking over Sapura, Najib says yes, while Anwar says no

If the suggestion had gone via the correct procedures, Saifuddin believes PKR would have accepted it.

“I appreciate Rafizi’s assertion that this notion originated with him. It has a specific goal in mind and has the potential to benefit the party significantly.

“The only thing I’d want to add is that if you (Rafizi) had suggested this to the party, they would have enjoyed it as well.  The problem was that if Azmin had been there in those days, he would have crushed that concept. Any of Rafizi’s proposals were usually shot down by Azmin in the past,” Saifuddin recounted.

‘Whose idea is this,’ Azmin would say. Rafizi? ‘Get out! Get out!’ stated Saifuddin

Rafizi’s suggestion for the trip would have been easier to bring forth if Saifuddin and PKR president Datuk Seri Anwar Ibrahim had made the party more receptive to internal input.

“Perhaps he isn’t aware of these things since he has been away for so long,” he continued.

Azmin, along with a number of other senior PKR figures, left the party during the so-called “Sheraton Move” of 2020, which toppled the Pakatan Harapan administration.

Azmin and his band fled to join Parti Pribumi Bersatu Malaysia, causing a leadership crisis that observers attributed to a power struggle between Azmin and Anwar.