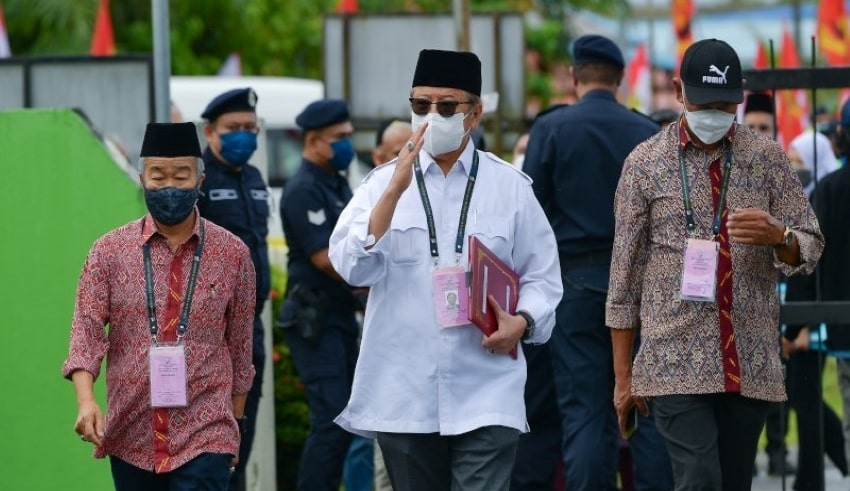 Chief Minister Tan Sri Abang Johari Tun Openg is convinced that the public is capable of evaluating all the Gabungan Parti Sarawak (GPS) administration has accomplished so far and electing them for the next five years.
(C) SinarOnline

Malaysia – Chief Minister Tan Sri Abang Johari Tun Openg is convinced that the public is capable of evaluating all the Gabungan Parti Sarawak (GPS) administration has accomplished so far and electing them for the next five years.

The head of the Parti Pesaka Bumiputera Bersatu (PBB), who is running for the Gedong seat in the 12th state election, said that the GPS administration has fulfilled all of its 2016 promises.

“While some parties argue that the manifesto is not the Bible, we see it as a commitment that we must keep to the best of our abilities.

“I hope that our government now has social and economic policies in place until 2030, and that our economy recovers as a result of the Covid-19 pandemic. I also hope that the people play their part in ensuring that Sarawak has a brighter future for their children and grandchildren,” he said during a post-nomination media conference.

The Special Tribute For COVID-19 Heroes

Abang Johari elected to run in Gedong, a rural district, after serving nine years in Satok, and his three opponents are all party members.

Mohamad Sofian Fariz, 36, a businessman who was previously engaged behind the scenes for his party, said that as a Gedong local, he wanted to be the “voice” of the area’s residents in addition to his goal to be a giant-killer.

According to him, he will represent the rural people, youth, and communities, because if he can overcome Abang Jo, he will be a giant-killer.

He added that growing up in Gedong gave him a purpose. He said that many issues have gone unnoticed, and that he will reveal many more throughout his campaign.

Tomson, 66, a former oil and gas worker, said he is running for office to improve the lives of Sarawakians.

He stated that he would let the voters determine who to vote for.

Kamal, 68, a retired headmaster of Sekolah Kebangsaan Pridan in Serian, said he was running for office for the first time.