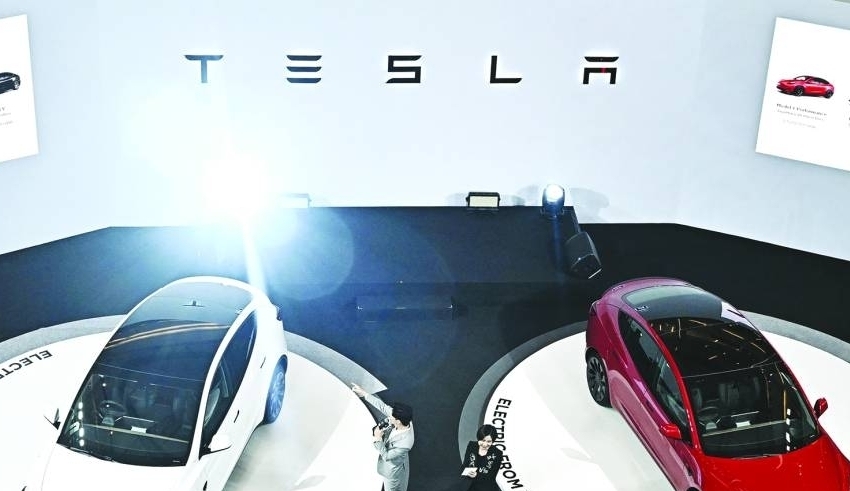 The market of more than 600 million people in Southeast Asia is becoming increasingly important to manufacturers seeking to grow sales, especially in EVs
(c) Gulf Times

Tesla has begun sales in Thailand, selling its popular Model 3 and Model Y at pricing competitive with Chinese rival BYD.

The business presented a spectacular presentation of their ambitions on Wednesday at the Siam Paragon mall in Bangkok. Beginning with the first quarter of next year, purchasers will get their automobiles purchased online.

The market of more than 600 million people in Southeast Asia is becoming increasingly important to manufacturers seeking to grow sales, particularly of electric vehicles.

Tesla stated that the vehicles will be equipped with the most advanced satellite navigation systems and other amenities, including over-the-air software upgrades.

The organization is selling Model 3 Long Range and Performance variants. The Model Y will be supplied in three variations “to fulfill the individual EV lifestyle needs of every Thai motorist,” according to the manufacturer.

“The pricing is far cheaper than anticipated.” Wit Wongngamdee, who attended the launch with his wife and said he intends to purchase one of the models, said, “I’m not too concerned about the after-sales service because the EV vehicle parts are not as sophisticated as those of internal combustion engine automobiles.”

Another possible buyer, Apichat Prasitnarit, expressed amazement at the price.

“At the same time, companies from other countries are releasing their automobiles here, so buyers have options, which is excellent,” he added.

In March, Tesla will build its first Service Center and Supercharger station in Thailand, and by 2023, the company intends to have at least ten in the nation.

In addition to Tesla and BYD, Nissan Motor Company has established Thailand as a regional EV hub. Mercedes said that it will shortly reveal EQS450+ sales.

Nithi Thuamprathom, an auto specialist at Auto Life Thailand, said that Tesla’s introduction will provide the EV sector in Thailand a significant boost, mostly because to the company’s cheap price and brand value, which gives it an edge against Chinese automakers such as BYD.

“It is unfathomable that Tesla revealed the base pricing (of its least expensive model) to be 1,7 million Thai baht,” he remarked. “This is the cost of Japanese automobiles using internal combustion engines or hybrid engines. This will have a significant impact on the market.”