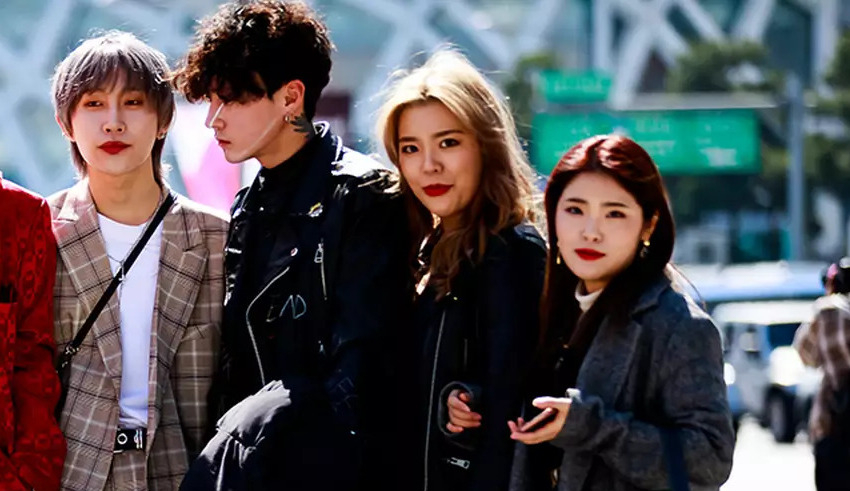 These famous Oegugin influencers are mostly non-Koreans who look white and often use nationalist language to praise the "excellence" of Korean culture.
(c) High NobSociety

If you’ve been reading through YouTube, TikTok, or Instagram, it shouldn’t come as a surprise to come across the peaceful minimalist aesthetics of Korean cafe decor, pilgrimages to the filming locations of popular K-dramas, and the gracious etiquette of Korean public transportation riders.

These influencers are most visible on YouTube, where the most popular trends include binge-eating mukbang, lifestyle vlogging of expensive cafe cultures, and K-pop fandom homages such as idol group visits to pop-up businesses.

On platforms such as TikTok and Instagram, users submit content using hashtags such as # (#oegugin) and # (#oegugin-baneung, or foreigner reaction).

According to our recent research, oegugin influencers are largely non-Koreans who present as white and frequently adopt nationalist tones to promote the “excellence” of Korean culture.

SEVENTEEN announces a new “Be the Sun” show in the PH

The ecology of oegugin influencers is on the rise. Korea is an enticing place for aspiring influencers because K-cultures have gained global popularity.

The majority of these expatriates and migrants, according to our research, are English teachers, students, or gig economy workers who hold numerous day jobs to support their influencer ambitions.

The K-influencer Academy, sponsored by the Ministry of Culture, Sports, and Tourism, is a prominent example.

The academy is a YouTube training program for “Korea lovers” designed to cultivate “K-influencers” from all over the world. It offers free lectures on content creation and mentorship chances with prominent YouTubers.

Once these influencers are identified, the Korean government will be able to outsource their nation branding effort. Utilizing the influencers’ free labor, the government reposts and broadcasts their YouTube videos on official channels.