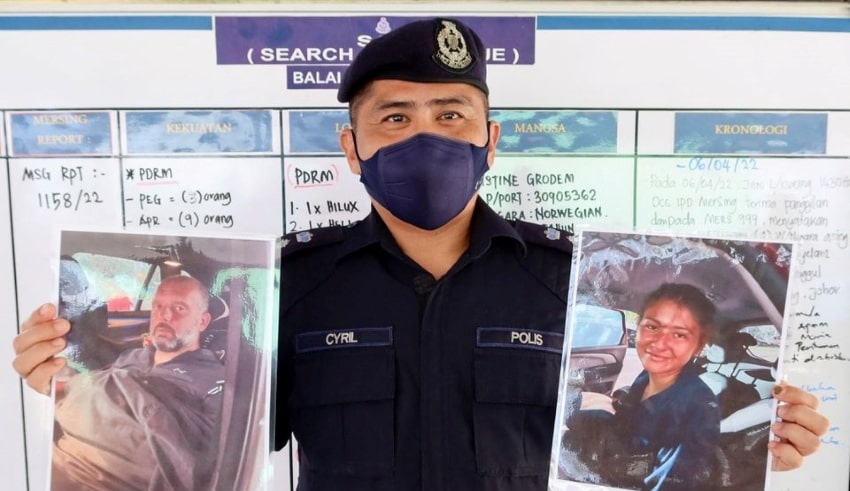 The Indonesian National Search and Rescue Agency (BASARNAS) has called off the search for 14-year-old Dutch diver Nathen Renze Chesters, who went missing for four days while diving off the coast of Pulau Tokong Sanggol.
(C) NST

ASEAN – The Indonesian National Search and Rescue Agency (BASARNAS) has called off the search for 14-year-old Dutch diver Nathen Renze Chesters, who went missing for four days while diving off the coast of Pulau Tokong Sanggol.

The aid of Indonesian authorities was requested since it was suspected that the young diver had wandered into Indonesian seas.

In a statement issued on April 18, Mersing Maritime Zone director Maritime Commander Khairul Nizam Misran said the operation was formally stopped at approximately 7 p.m. on April 17 after no evidence of the boy’s existence in the seas of Pulau Bintan, Indonesia.

According to him, the BASARNAS Operations Centre in Tanjung Pinang reported that the operation had been halted after a seven-day search in Indonesian seas that began on April 10 and that the British and Dutch embassies had been notified.

The Indonesian National Army, a vessel from the Indonesian Maritime Security Agency (BAKAMLA), the Water Unit of the Indonesian Police (POLAIR), and a ship from BASARNAS were all participating in the search and rescue effort, he added.

The Johor Bahru Maritime Search and Rescue Coordinating Centre (MRSC) has conveyed its gratitude to all parties participating in the operation, according to Khairul Nizam.

“It is anticipated that collaboration between the ministries and agencies involved would be reinforced in the future to ensure the safety and well-being of the country’s marine population,” he added.

However, Norwegian diving coach Kristine Grodem, 35, was discovered safe by a tugboat en route from Indonesia to Thailand at 8.15 a.m. on April 7, while Adrian Peter Chesters, 46, of the United Kingdom, and Alexia Alexandra Molina, 18, of France, were discovered by local fishermen at 1 a.m. on April 9.

Adrian Peter, the young Dutch diver’s father, verified his death when he was recovered and sent the information to the authorities.

While they were floating, he claims his son got too frail to hold out and died of fatigue. Following that, the Johor Baru MRSC notified Indonesian officials, asking them to assist in the search for the boy’s body, believing the remains had drifted into Indonesian seas