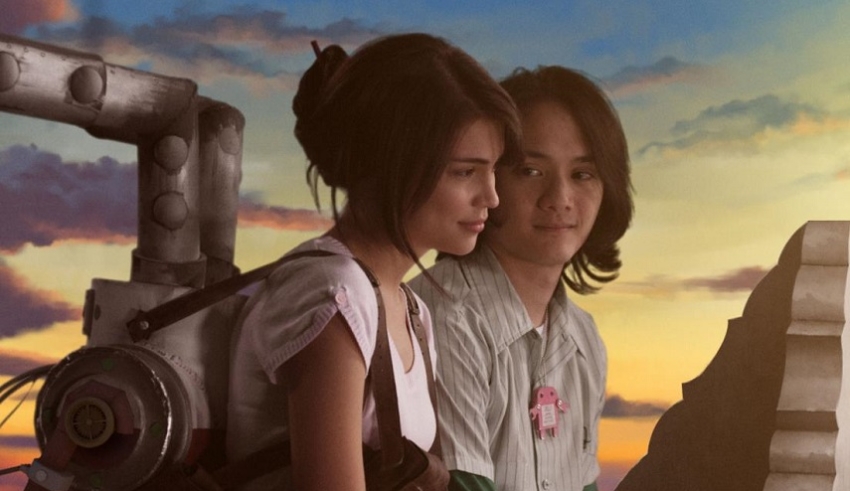 Thanks to Netflix, YouTube, iFlix, HOOQ, and iWant, you can now easily access a taste of Pinoy indie culture and pride with these movies.
(C) Philippine News

In front of the generally adored blockbusters are some underappreciated indie films from the Philippines with fantastic characters and deep stories. These locally produced independent films may not have received the deserved acclaim in the Philippines, but they have received numerous honours from national and international film festivals and competitions.

Streaming has been a big success and has helped Filipino independent films gain the respect they deserve because people are now watching from their computers and televisions at home instead of going to theatres.

With the help of these movies, you may now readily access a taste of Filipino independent culture and pride, thanks to Netflix, YouTube, iFlix, HOOQ, and iWant.

Let us look at the top Indie films in the Philippines.

The story of an OFW (Joem Bascon) attempting to find employment as an engineer in Japan is told in Blue Bustamante alongside his eccentric friend. He finds himself without a job in a location distant from home because things don’t seem to go his way. However, due to his physical attributes and a lucky break, the OFW ends up with a job as a stunt double for a local super sentai television program, which was not what he had hoped for. The struggle of our OFWs who work abroad in order to give them a better life and future is beautifully highlighted in the movie.

The fact that this movie took ten years to make, with delays brought on by financial limitations, was a major inspiration. Before Rhian Ramos took over the part when the movie resumed production, Anna Larrucea played the female lead in the movie’s opening sequences. From the viewpoint of the awkward and geeky male protagonist, Saving Sally is an odd and quirky love story.

3. Joel Ruiz’s Kung Paano Siya Nawala (How She Left Me)

The popularity of films from the romance, drama, and rom-com genres in the Philippines is evidence of this. It’s interesting how writers can still create something original while still employing the idea of two people falling in love when it comes to Kung Paano Siya Nawala. In the case of this movie, JM de Guzman’s character is a man who cannot remember faces but manages to remember Rhian Ramos’. The story of their misery and wonder as they try to understand what is going on between them continues in the movie.

Sid Lucero and Nonie Buencamino portray two priests attempting to identify a serial killer who is on the run in the film, which is based on the acclaimed book by Felisa Batacan. As they go about their business, they expose the various levels of societal corruption. The movie Smaller and Smaller Circles is a lovely remark on the state of this nation’s systems right now.

This film, a local interpretation of Twilight in Hollywood, delivers social commentary on topics like women’s emancipation in addition to swoon-worthy moments. The relationship between a manananggal (Ryza Cenon) and her neighbour is shown in the horror-romance movie (Martin del Rosario). You’ll become engrossed in the tensions between the two right away because they have the potential to have a love relationship or a relationship more akin to a predator and her prey.

In Pamilya Ordinaryo, a couple’s daily life as squatters in Metro Manila is depicted simply. It provides a moving look at how the impoverished live today, demonstrating both their hustling and being hustled.

In the movie, Hasmine Kilip and Ronwaldo Martin’s Jane and Aries go to great lengths to discover what happened after their baby is abducted. Finding out where their child has been taken is difficult for them, and the difficulties they face serve as a reminder of how unkind this nation has generally been to its citizens.

Enzo Pineda, Kean Cipriano, Rocco Nacino, and Carlo Aquino are the four buddies in the plot of Bar Boys who must deal with the challenges of becoming successful lawyers. The story begins when they are just about to take the bar examinations rather than when they are trying to establish themselves at a company. The movie does a great job of highlighting the challenges of becoming a successful lawyer and the challenges of paying for a family member’s legal education. Overall, it’s a sweet tale of a barkada working hard to accomplish their other goals and dreams while also making it out of law school alive.

Because psychological thrillers are so uncommon in Filipino cinema, when Jerold Tarrog does make one, he makes it count. With Bliss, the renowned director, known for his historical biopics, employs new strategies. The movie centres on Jane Ciego (Iza Calzado), a child actor who became a famous success after suffering an accident that left her crippled. As the plot unfolds, information is revealed from both inside and outside of Jane’s mind, and it all leads to a shocking twist that you won’t soon forget.