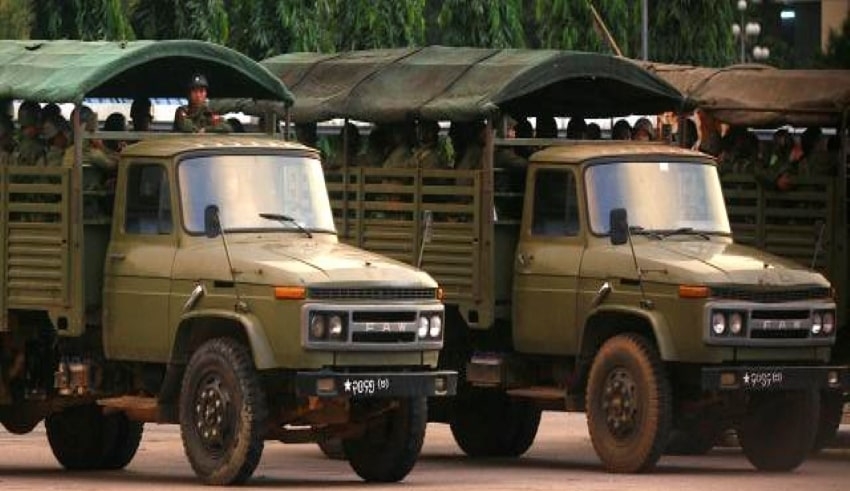 According to a UN rights expert, UN Security Council members China and Russia, as well as Serbia, have continued to provide Myanmar's military with weapons used to attack people since last year's coup.
(C) hensteen

ASEAN – According to a UN rights expert, UN Security Council members China and Russia, as well as Serbia, have continued to provide Myanmar’s military with weapons used to attack people since last year’s coup.

Tom Andrews, the UN Special Rapporteur on the situation of human rights in Myanmar, has called for an emergency session of the Security Council to debate and vote on a resolution to, at a minimum, ban those arms transfers that the Myanmar military is known to use to attack and kill Myanmar civilians.

He presented a long-awaited report explaining where the junta gets its armaments, emphasizing that two permanent members of the Security Council, who have veto power over the council’s actions, are still among the key suppliers.

“Despite evidence of the military junta’s atrocity crimes being committed with impunity since launching a coup last year,” Andrews said in a statement. “UN Security Council members Russia and China continue to provide the Myanmar military junta with numerous fighter jets, armored vehicles, and, in the case of Russia, the promise of further arms.”

“During the same time period, Serbia authorized the transfer of rockets and artillery to the Myanmar military,” Andrews said, noting that he is an independent expert chosen by the UN Human Rights Council but does not comment on its behalf.

“At the absolute least, the Security Council should adopt a resolution prohibiting the Myanmar military from using firearms to murder civilians.”

Since the putsch in February 2021, Myanmar has been in disarray, its economy has been paralyzed, and at least 1,500 people have been slain in a military crackdown, according to a local monitoring group.