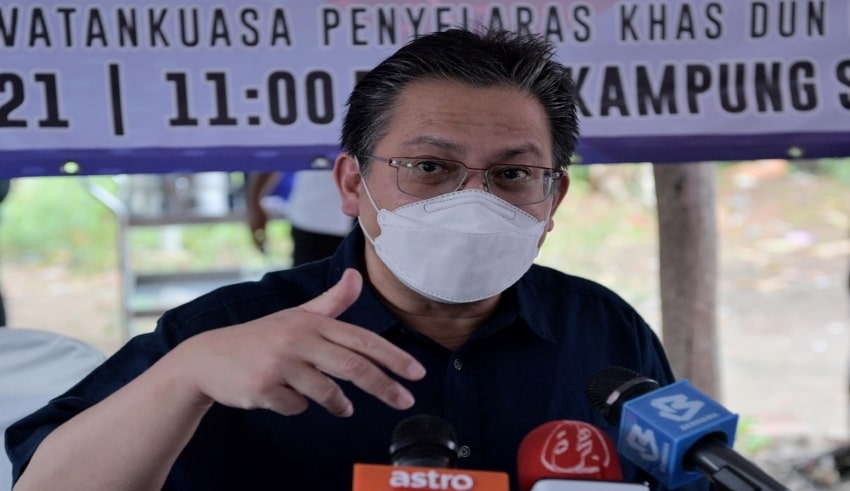 Muhyiddin seems to have forgotten his prior job in government, according to Johor Umno deputy leader Datuk Nur Jazlan Mohamed.

“Let us not forget that when the nation was struck by the Covid-19 outbreak, Muhyiddin spent a massive RM600 billion as Prime Minister.”

“My question is, if he asserts that the Barisan Nasional (BN) bankrupted the nation first, where did the money come from?”

“Now Muhyiddin claims he wants to expose the state of our country’s finances. “Who is it that he is trying to catch with his newest scare tactic?” When Malay Mail approached Nur Jazlan for comment on Muhyiddin’s recent unwarranted criticism of the present BN administration ahead of the Johor state election next month, he questioned him.

The Support For Transformation Agenda is Getting Boosted

Nur Jazlan was reacting to allegations on February 19 that the president of the Parti Pribumi Bersatu Malaysia (Bersatu) and the chairman of the Perikatan Nasional (PN) said the nation was in dire financial problems, considerably worse than the BN-led federal government had declared.

Muhyiddin, who is also a Pagoh MP, argued that BN’s “business as usual” strategy would not be able to safeguard Malaysia’s future at a time when even nations like Vietnam and Indonesia were catching up in terms of economic growth.

Muhyiddin also cautioned Johoreans to consider the country’s economy and the possibility of BN regaining control of the federal treasury.

Muhyiddin was involved, according to Nur Jazlan, when the Pakatan Harapan (PH) administration claimed Malaysia would go bankrupt and established the Tabung Harapan fund in 2018 to collect contributions from Malaysians to shore up the government’s finances.

Muhyiddin’s threat to divulge the information, according to Nur Jazlan, was illegal since the country’s financial situation is classified under the Official Secrets Act 1972.

Muhyiddin should not have such confidential material, according to the former MP and Public Accounts Committee (PAC) chairman, since he is no longer a Cabinet member or Prime Minister.

“Look, I’m not disputing Muhyiddin’s ability to have access to the country’s economic report if he has Cabinet approval.

“However, issuing such threats to publicly reveal the country’s financial situation, especially coming from a former prime minister, is utterly inappropriate.”

Muhyiddin, who currently leads the National Recovery Council (NRC), was prepared to politicize everything, even the country’s economic report, for political advantage, according to the Pulai Umno division chairman, and the latter’s support for Prime Minister Datuk Seri Ismail Sabri Yaakob is now in doubt.

“In the run-up to the Johor state election, Muhyiddin’s comment is plainly political intimidation.” This is similar to his prior warning to withhold his administration’s support from BN’s Datuk Hasni Mohammad’s Johor government at the “touch of a button.” “Muhyiddin’s behavior is not supporting, but rather an effort to expose the existing government’s shortcomings,” Nur Jazlan said.