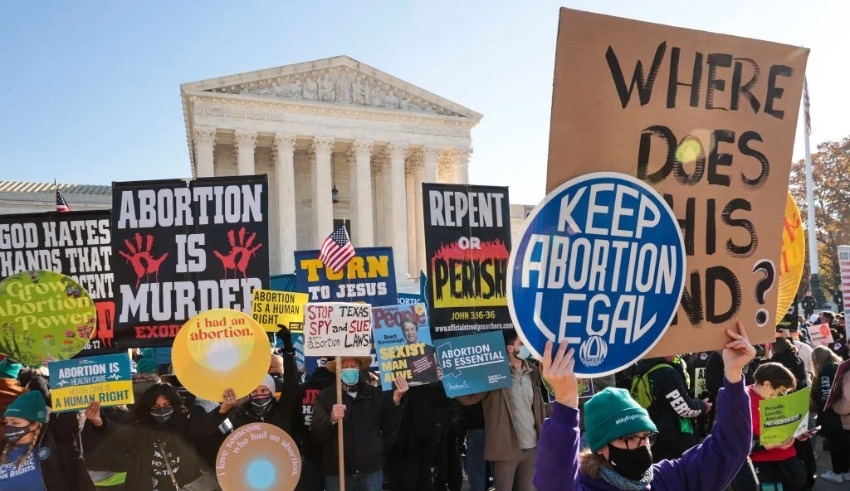 Pro-choice states may now allow abortions while conservative states like Texas will be prohibited from doing so, as a result of the Supreme Court's ruling.
(c) Time

NEW YORK: Abortion coverage will be provided by a number of significant US corporations, with a few also criticizing the Supreme Court’s decision to overturn government protection for abortions.

However, this is a contentious topic that requires businesses to navigate a complex political landscape while also risking legal repercussions.

This verdict by the Supreme Court of the United States puts women’s health and human rights at peril and threatens to undo all of the progress we’ve achieved since Roe in terms of gender equality at work, said Yelp CEO Jeremy Stoppelman on Twitter.

Roe should be codified into law by business leaders now, and they should do it immediately.

Although he joined Stoppelman in denouncing the decision on Friday, few other significant US company CEOs did the same.

Rather often, firms announced or reiterated their commitment to pay employees for travel expenses incurred in connection with an abortion.

The historic 1973 Roe v Wade decision, which established a woman’s right to an abortion, was overruled by the Supreme Court on Friday, finding that states can regulate or ban the operation on their own.

Pro-choice states like California and New York may now allow abortions while conservative states like Texas will be prohibited from doing so, as a result of the Supreme Court’s ruling.

Prior to September’s Texas law outlawing abortions beyond six weeks, Yelp and Airbnb were among the firms that provide such incentives.

After Citigroup, Tesla and Amazon had made similar announcements in the following months, the advantage was widely publicized.

Companies including Starbucks, Levi Strauss, and JPMorgan Chase were among those that came forward after a draft of Friday’s abortion rule was leaked in May.

As reported by CNBC, Disney added its name to the list on Friday, ensuring that its employees have access to reproductive health insurance “no matter where they live.”

Wharton business school professor Maurice Schweitzer finds it remarkable that many other significant corporations have avoided openly debating the issue.

A shift in the legal environment, however, makes it more difficult for firms to avoid lawsuits, as he said.

As an example of what not to do, Schweitzer cited Disney’s recent struggles in Florida.

As Florida’s legislature adopted what some have dubbed the “Don’t Say Gay” bill, which forbids primary school instruction on sexual orientation and gender identity, the entertainment behemoth found itself in a difficult position.

A second statute was issued by Republican Governor Ron DeSantis, who was outraged by Disney’s silence on the issue and ultimately punished the business by removing its special status in relation to its Orlando theme park once Disney finally spoke out.

By not speaking out sooner, Disney “ended up upsetting employees and also incurring money from political disputes.”

On Friday, Dick’s Sporting Goods stated that company will pay up to $4,000 to employees, spouses, or dependents who need to travel for an abortion. Schweitzer emphasized that more firms are speaking out in recent years.

However, the method is “more problematic” than many other concerns, according to Schweitzer.

According to him, firms prefer to remain silent rather than engage in the debate.