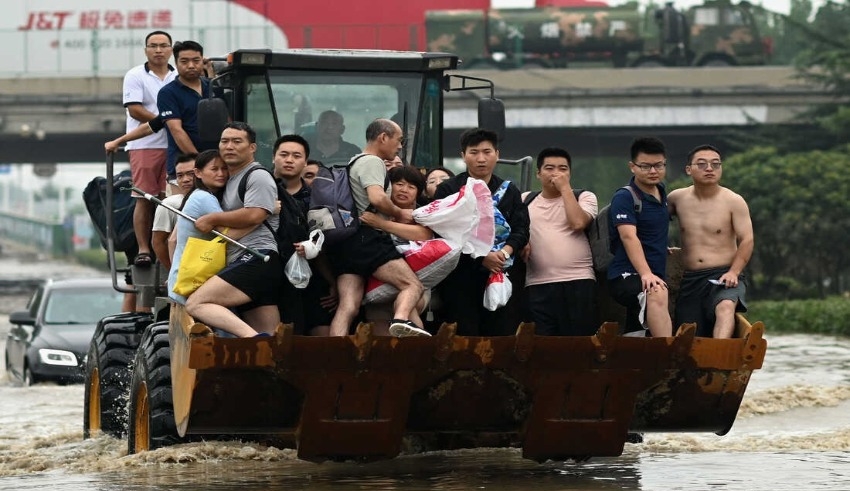 A video posted to the social networking site Weibo showed automobiles in the northeastern province of China trapped in waist-deep water as the weather bureau issued thunderstorm advisories on Monday (Jun 27).

Shandong, China’s second-largest province and home to more than 100 million people, was pounded by its first significant downpours of the rainy season, which began in southern China weeks ago, on Sunday.

During the summer months, China is plagued by floods that cause landslides and submerge agriculture and cities due to fast expansion, scientists say.

Climate change is making the situation even more dire.

Give floods an exit, Zhang demanded.

Permeable asphalt and pavements are among the technological options that China is exploring as part of a drive to build “sponge cities” that can safely absorb and drain more water during heavy rains.

According to government statistics, nearly all of China’s 654 large cities are at risk of floods and water logging because of the country’s increasing urbanization over the last few decades, which has resulted in concrete floodplains.

Zhengzhou, the provincial capital of Henan, was devastated by floods that killed more than 300 people last summer after receiving record rainfall.