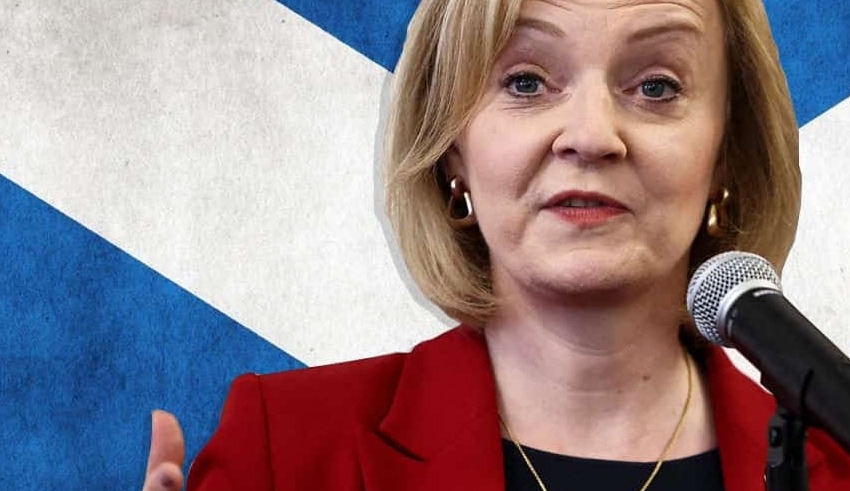 After Liz Truss' resignation as UK prime minister, the dollar breached 150 yen for the first time since 1990 and the British pound fell in choppy trade.
(c) The London Economic

On Thursday, October 20, the dollar crossed the symbolic milestone of 150 yen for the first time since 1990, while the British pound fell in choppy trade after Prime Minister Liz Truss announced her resignation.

The Japanese yen fell quickly from an overnight trading high of 150.09 to a minute-long low of 149.63, raising concern that the Ministry of Finance and Bank of Japan may be conducting covert interventions at critical levels.

Although the possibility of intervention is uncertain, some analysts believe that such a step would not prevent the currency from depreciating further in the absence of a change in the Bank of Japan’s (BOJ) ultra-dovish monetary policy.

The bet against the yen is still the most popular trade in foreign exchange, according to Edward Moya, a senior market analyst at OANDA in New York.

As inflation stays stubbornly high, the Federal Reserve is projected to continue hiking interest rates, with some predicting that its benchmark overnight interest rate will climb over 5%. The rate is presently between 3% and 3.25 percent.

Patrick Harker, president of the Federal Reserve Bank of Philadelphia, stated on Thursday that the central bank will continue to raise its short-term rate target despite very high levels of inflation, adding that it is likely the US central bank will find space next year to pause the tightening process and assess the effects of its rate increases on the economy.

The housing market has been one of the areas most negatively impacted by rising interest rates, while other sectors, such as employment, have remained stable. Thursday’s data revealed that sales of existing homes in the United States fell for the eighth consecutive month in September.

As a result of the BOJ’s commitment to maintaining near-zero interest rates, US yields and the USD have risen due to expectations of rising rates, particularly versus the yen.

“The [Ministry of Finance] has made it very clear that they are prepared to interfere if there is chaotic price action, therefore the markets are pricing for this eventuality,” said Derek Halpenny, head of European global markets research at MUFG.

“Obviously, if we break clearly above 150, we may see chaotic price activity, which may be the impetus for some action,” he added, but he emphasized that a significant move in the pair would be required to warrant intervention.

The next policy meeting of the BOJ will be held on October 27 and 28.

The British pound fell the day after Truss announced her resignation as prime minister. Six weeks after her appointment, she was deposed by the announcement of an economic program that sent shockwaves through the markets and divided her Conservative Party.

The pound rose prior to the resignation announcement and then reached session highs before shifting direction and falling. At $1.1219, it was down 0.05% for the day.

Viraj Patel, global macro strategist at Vander Research in London, stated, “Initially, this is likely to reduce the market’s uncertainty premium, but it depends on who takes over; you need a firm hand at the helm.”

The dollar index fell 0.10 percent versus a basket of major currencies to a level of 112.86, which analysts attribute to consolidation. The euro rose 0.13 percent to $0.9785.