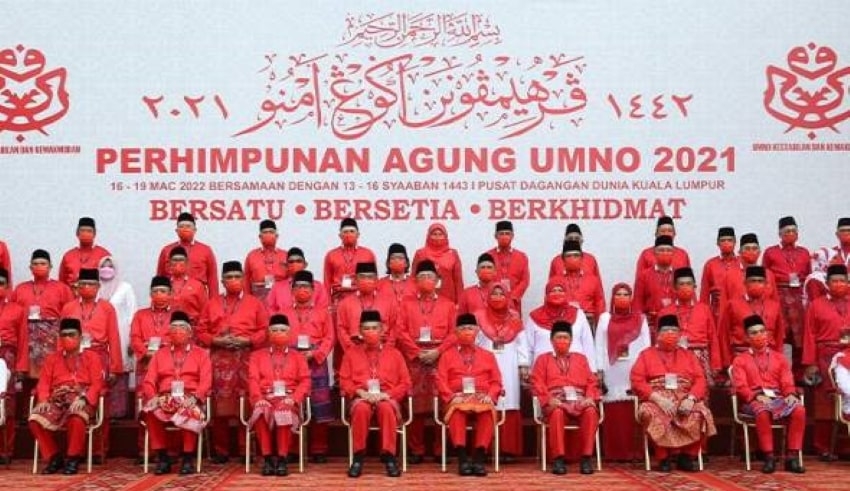 All eyes are set on the 2021 Umno General Assembly, which will be convened face-to-face after two years due to the Covid-19 pandemic.
(C) Malay Mail

Malaysia – Today, all eyes are set on the 2021 Umno General Assembly, which will be convened face-to-face after two years due to the Covid-19 pandemic.

The meeting last year was held in a hybrid format, as it had not been convened the year before because of the rising cases and the risk of spreading the Covid-19 virus.

The assembly, which drew 5,571 delegates, is considered critical for the party, which is approaching its 70th anniversary, to establish its course in the face of political turmoil as well as preparations for the 15th general election (GE15).

The party flag, Sang Saka Bangsa, will be hoisted at 8 a.m. at Plaza Merdeka of the World Trade Centre Kuala Lumpur (WTC KL), which will be followed by an inspection of the guard-of-honour by Umno president Datuk Seri Ahmad Zahid Hamidi.

The assembly will then be opened by Ahmad Zahid in Dewan Merdeka at 9 a.m., followed by a discussion session and a winding-up session.

The four-day assembly, which begins on Wednesday, is in accordance with the Covid-19 protocols  and is being conducted in accordance with tight standard operating procedures (SOPs), which include the wearing of face masks as well as physical distancing.

The party’s three wings – Wanita, Youth, and Puteri – all opened at the same time on Wednesday, followed by their assembly on Thursday, which were closely monitored by the Ministry of Health (MoH) via the State Health Department.

Overall, the delegates from the three wings have given emphasis on the need of preparing the party apparatus for GE15, after the recent victory of Barisan Nasional and Umno in two state elections in Melaka and Johor. In comparison to last year’s event, this year’s version was more vibrant, with government agency exposition booths as well as food trucks serving food and drinks