The Asian Affairs > Blog > Malaysia > Newly-registered Gabungan Rakyat Sabah does not include the BN, says Hajiji 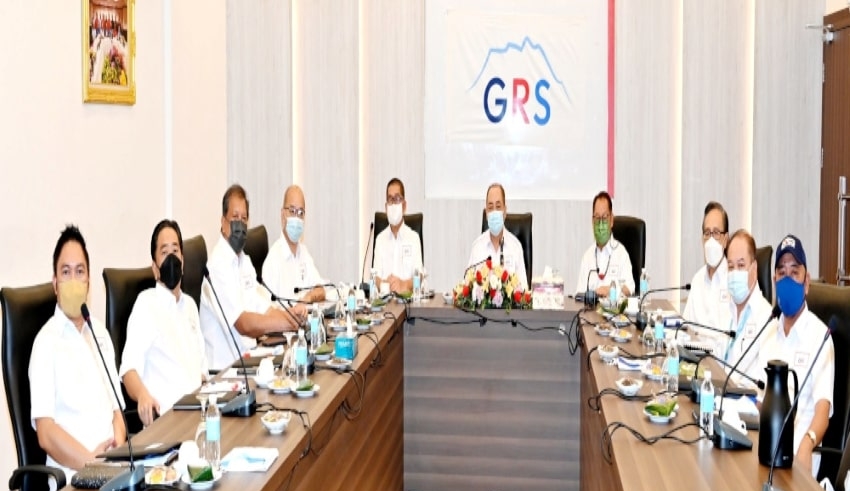 The Barisan Nasional (BN) is not a member of the newly formed Gabungan Rakyat Sabah (GRS).
(C) Malay Mail

Malaysia – The Barisan Nasional (BN) is not a member of the newly formed Gabungan Rakyat Sabah (GRS).

The absence of Umno and its BN equivalents in GRS, according to Hajiji, would not damage political stability in Sabah.

This, according to the chief minister, was due to the fact that the BN was still an ally and part of the state government.

“We are in the GRS coalition government with Umno and BN,” he told reporters after convening the GRS’s first assembly after its registration.

He also added that the registration of GRS is a historic step toward political stability in Sabah, with Umno and Barisan Nasional as allies and remarked that this is a new chapter in Sabah’s political history..

After Johor setback, Dr Mahathir said Pejuang would keep fighting, but will learn from its mistakes

The second meeting will address the selection of vice chairmen.

Even without Umno and BN in GRS, Hajiji is optimistic that Sabah would not experience the same political strife as Peninsular Malaysia between Umno and Bersatu.

GRS will be officially launched by the end of May, according to Hajiji, and the alliance is anticipated to run in the 15th General Election.

He added a committee will be created to analyze and assess the applications of additional parties interested in joining the alliance.

Hajiji said he supports the proposal of MPs from Sabah and Sarawak for one-third representation in Parliament.

“We’ll look at it. I believe Sabah should be given extra parliamentary seats. He remarked, “This is part of what we committed to when we decided to build Malaysia together.”

He was responding to Maximus, a Minister in the Prime Minister’s Department, who made a remark in Dewan Rakyat on the problem.

Maximus also suggested that the bill be introduced in the Sabah state legislature.

Sabah and Sarawak now have 56 of the 222 parliamentary seats.

Meanwhile, Masidi said that the registration of GRS was done to provide political stability to the state, and that it was time to focus on the people rather than politics.

Datuk Rubin Balang, Datuk Seri Ruddy Awah, and Edward Dagul, members of the GRS committee, were also present at the meeting on Friday.