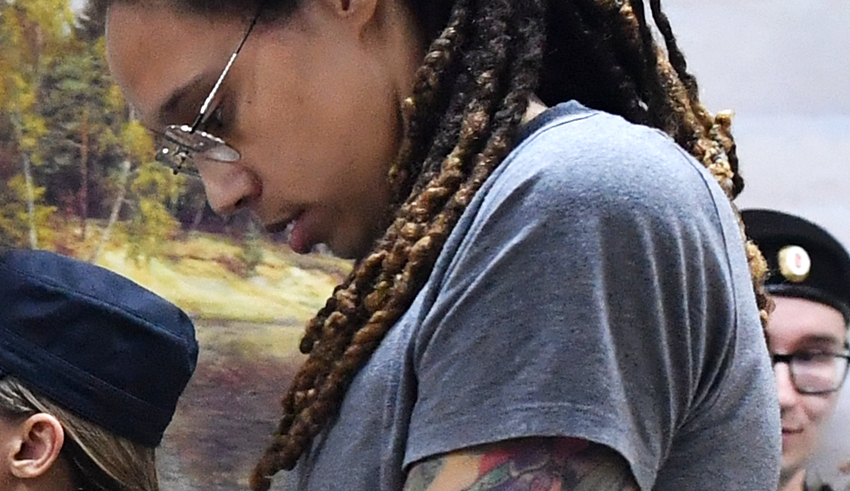 Brittney Griner’s appeal against a nine-year sentence for having and smuggling vape cartridges containing cannabis oil was denied by a Russian court on Tuesday, clearing the path for her to be transported to a correctional colony in a case that Washington has termed a “sham.”

US President Joe Biden, whose administration suggested a prisoner exchange arrangement with Russia to obtain the release of Griner and former US marine Paul Whelan in late July, stated that he will not cease his efforts to bring them home.

“We are in continual communication with Russian officials in an effort to extract Brittney and others. We have not received much favorable feedback thus far, but we will continue,” he added.

Two-time Olympic gold medalist Brittney Griner was arrested at a Moscow airport on February 17, a week before Russia launched soldiers into Ukraine. The deteriorating relationship between Russia and the West has added to the difficulty of the negotiations between Washington and Moscow to obtain her release.

Griner and her attorneys requested an acquittal or, at the at least, a reduction in her sentence, which they argued was disproportionate to the crime and contrary to Russian legal norm.

After retiring for no more than 30 minutes to review the appeal, the presiding judge announced that the original decision was sustained “without modification” save for the inclusion of pre-trial detention time in the punishment.

The state prosecutor had deemed Griner’s sentence of nine years in a correctional colony handed down on August 4 to be “reasonable,” but one of her attorneys, Alexander Boykov, argued before the three-judge panel meeting in Krasnogorsk, on the outskirts of Moscow:

Griner’s attorneys stated in a statement that he would not be sent to a prison colony for some time, and that they had not yet decided whether to file another appeal. In addition, they mentioned that her case file would need to be translated into English, which would need additional time.

It was unclear where she would be transferred immediately.

Boykov stated that the brutality and savagery of Griner’s sentencing shocked people throughout the world.

Jake Sullivan, Biden’s national security advisor, called Griner’s situation as “intolerable” and her trial as “another sham judicial procedure” in an earlier statement.

Griner, who was permitted to deliver a farewell statement through live video link from her prison camp in the village of Novoye Grishino, just outside of Moscow, described how taxing her eight-month confinement and two trials had been.

As she had during her initial trial, Griner apologized for what she said was an honest mistake, stating, “I did not plan to do this,” and requesting that the court consider her guilty plea.

She reported using medicinal marijuana to alleviate the pain from a succession of sporting injuries. In Russia, both recreational and medical usage are outlawed.

The 32-year-old woman alternated between sitting and standing in her cell while wearing a black and red lumberjack shirt over a black hooded top, sometimes with her head bowed and other times leaning against the white bars.

She just said “Yes” when asked if she understood the judgement before being carried away.

Ned Price, a spokeswoman for the US Department of State, stated in a briefing that Washington has been urging Moscow, including in recent discussions, to engage with the US approach.

“At a minimum, they should participate in a serious, productive, and good-faith manner. If this occurs, we are prepared to take immediate action tomorrow,” Price added.

US Charge d’Affaires Elizabeth Rood, the highest-ranking US diplomat in Moscow, told waiting reporters that she was not permitted to speak with Griner before or after the hearing.

According to Griner’s attorneys, her greatest concern is not being swapped and serving her full term in Russia. Each month, each day apart from her family and friends is significant to her.