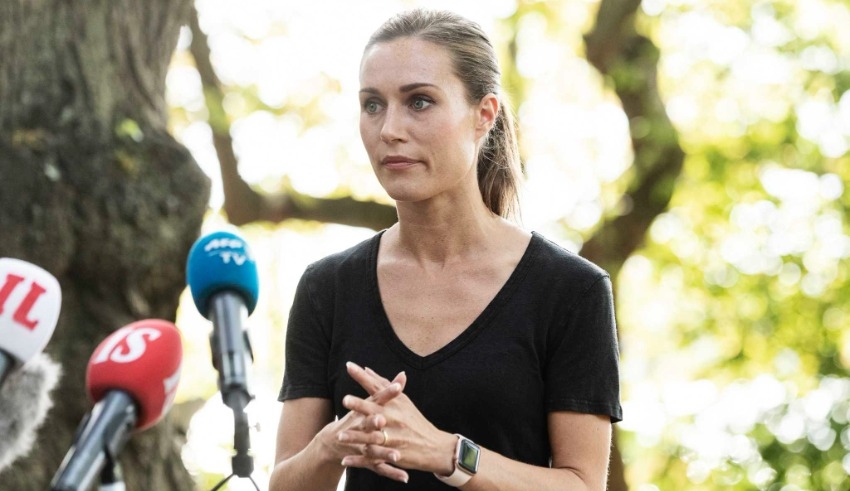 Finnish Leader Sanna Marin shared with her fellow Social Democratic party members the notion that it was necessary to be let free every once in a while.
(c) Stamford Advocate

Hillary Clinton, a previous candidate for the presidency of the United States of America, tweeted her encouragement to Finnish Prime Minister Sanna Marin on Sunday (August 28), writing, “Keep dancing.” Marin’s penchant for throwing parties has garnered the attention of people all over the world.

Clinton shared a photo of herself in her post, which showed her smiling broadly while she was dancing at a busy club in Colombia while she was serving as secretary of state in 2012. The photo was taken in 2012. The last thing that was said was, “Keep dancing, @marinsanna.”

Marin was quick to answer, tweeting back to Hillary Clinton with the phrase “Thank you” and added a heart emoji in her message.

A video that had been kept secret until recently saw Marin celebrating and dancing with a group of friends and celebrities.

The death toll from monsoon flooding in Pakistan has surpassed 1,000

This 26-year-old was conceived with donor sperm

Marin shared with her fellow Social Democratic party members the notion that it was necessary to be let free every once in a while.

“I am human. In the midst of all of these clouds, sometimes I find myself wishing for happiness, light, and pleasure,” admitted Marin, who holds the record for being the youngest prime minister in the world. She continued by saying that she had not skipped “even a single day of work.”

However, she experienced more backlash after a photograph was published depicting two women raising their tops while attending a party at the residence of the prime minister in July.

Marin offered his apologies once more.

Clinton, who is now 74 years old, served as the head of the State Department under the administration of Barack Obama from 2009 until 2013.

She ran as a Democratic candidate for president of the United States in 2016. In a stunning upset, Hillary was defeated by real estate billionaire Donald Trump despite having a significant advantage in the race.