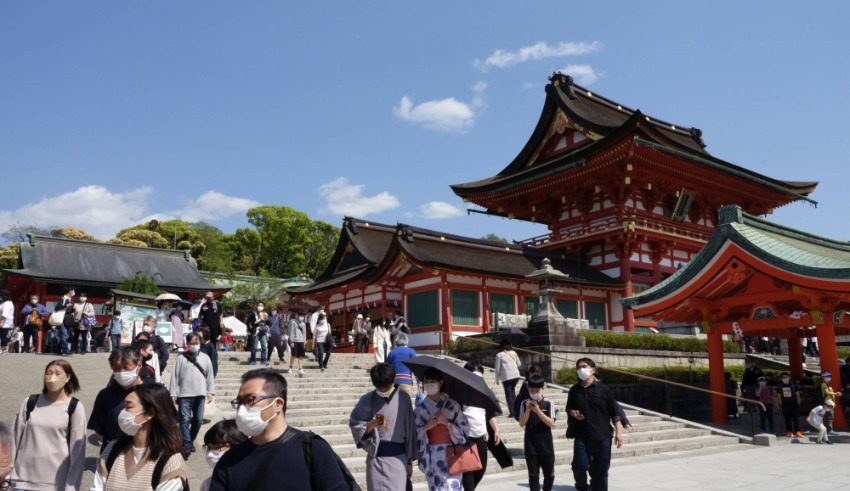 About half of the 260 shops and restaurants at Narita Airport are closed, making it very quiet. Hotels also think that labor problems will not go away.
(c) The Japan Times

This week, after more than two years of epidemic seclusion, Japan will reopen its doors to tourists. However, the country’s dreams for a tourism boom are hampered by shuttered shops and a lack of hospitality personnel.

To prevent the spread of COVID-19, on Tuesday, October 11, Japan will reintroduce visa-free travel to dozens of nations, abolishing some of the world’s tightest border controls. Prime Minister Fumio Kishida is depending on tourism to stimulate the economy and offset the negative effects of the yen’s 24-year low.

Arata Sawa is among those excited for the return of foreign tourists, who once made up as much as 90 percent of his traditional inn’s clientele.

Sawa, the third-generation owner of the Sawanoya ryokan in Tokyo, stated, “I hope and anticipate that more foreigners will travel to Japan, just like they did before COVID.”

A little more than half a million tourists have visited Japan thus far in 2022, compared to a record-breaking 31.8 million in 2019. Prior to the coronavirus, the government set a goal of 40 million by 2020, coinciding with the Summer Olympics. However, both goals have been derailed.

Kishida stated last week that the government aims to encourage yearly tourist expenditure of 5 trillion yen ($34.5 billion). However, this objective may be too ambitious for a sector that has degenerated as a result of the pandemic. According to government data, hotel employment decreased by 22% from 2019 to 2021.

In a report, Takahide Kiuchi, an economist at the Nomura Research Institute, predicted that the spending of foreign tourists will not surpass pre-COVID-19 levels until 2025, at the earliest.

According to the Nikkei newspaper, the president of Japan Airlines, Yuji Akasaka, stated last week that inbound bookings have tripled since the announcement of border easing. He noted that international travel demand will not fully rebound until around 2025.

70 kilometers outside Tokyo, the largest international airport in Japan, Narita Airport, is hauntingly silent, with over half of its 260 shops and eateries closed.

Satherley, whose son resides on the northern island of Hokkaido, stated that she would like to return to Japan this winter with her granddaughter, but is unlikely to do so because the kid is too young to be vaccinated, a requirement for foreign visitors to Japan.

She stated, “We’re just going to wait till next year.”

Amina Collection has closed its three souvenir shops at Narita and is unlikely to reopen them until the spring of next year, according to the company’s president, Sawato Shindo.

During the epidemic, the company redirected personnel and supplies from the airport to other locations in its 120-store chain around Japan as it refocused on domestic tourism.

Shindo stated, “I do not anticipate a sudden return to the pre-pandemic environment.” In comparison to other nations, restrictions remain somewhat stringent.

Japan continues to strongly recommend that individuals wear masks indoors and refrain from speaking loudly. On Friday, October 7, the Cabinet approved a change to hotel legislation allowing hotels to deny visitors who do not comply with infection controls during an outbreak.

In the past two years, many service workers have found better working conditions and salaries in other industries, so bringing them back may be challenging, according to a consultant for tourism companies who requested anonymity.

“The hospitality industry is notorious for its low wages, so if the government considers tourism as a vital industry, financial assistance or subsidies will likely be required,” he added.

This month, the Japanese government will launch a domestic travel project that offers transportation and lodging discounts, similar to its Go To Travel promotion from 2020, which was discontinued due to an increase in COVID-19 infections.