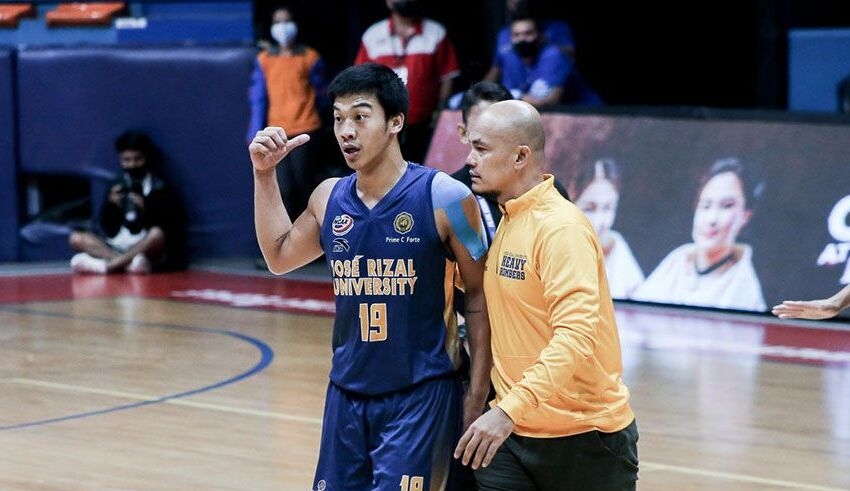 John Amores of JRU lost his mind in a basketball game for the third time in 2022, hitting four CSB players in a fight-filled finish to the NCAA Season 98 game.
(c) SPIN

Tuesday, November 8, 2022, at the FilOil EcoOil Centre, John Amores of JRU lost his cool in a basketball game for the third time in 2022, this time going insane and hitting four CSB players in a fight-marred finish to the NCAA Season 98 tournament.

After cameras captured Amores and Chris Flores squaring off as Migz Oczon drained a three-pointer for a 71-51 CSB lead with 3:26 remaining, the graduating Heavy Bomber was then spotted trading insults with a Blazers bench player.

Amores dashed from the Bombers’ bench to the Blazers’ side, punched Mark Sangco, Jimboy Pasturan, Taine Davis, and Oczon in rapid succession, knocking out Pasturan and Davis before being detained by security.

The league authorities deliberated for an hour before the two schools’ Management Committee members, Paul Supan of JRU and Dax Castellano of CSB, agreed to call the game with 3:22 remaining in favor of the Blazers, 71-51.

“The NCAA Management Committee has chosen to stop the JRU Heavy Bombers vs. Benilde Blazers game for the safety of the players, coaches, and spectators,” the league said in a statement released after the game.

Due to their record shooting, the Pacers defeat the Nets

Prior to this dramatic outburst, Amores had already made news for an endgame flare-up versus Letran’s Kobe Monje earlier in the season and for punching out UP reserve Mark Belmonte in the preseason.

Pasturan led all scorers with 18 points off the bench and a game-high plus-minus of +33 before falling victim to Amores’ onslaught, while MVP candidate Will Gozum recorded a double-double with 15 points and 10 rebounds. Oczon scored 7 points in 12 minutes, while Sangco got 2 points and 13 rebounds.

Marwin Dionisio scored 18 points to match Pasturan’s total in the loss, while John delos Santos and Joshua Guiab both scored 6 points. Amores, on the other hand, had already played a poor game, scoring 4 points on 1-of-12 shooting before releasing his anger at the rest of the opposing squad.

Meanwhile, the EAC Generals got their first victory of the season with a 59-53 victory over the Perpetual Help Altas in the opening game.