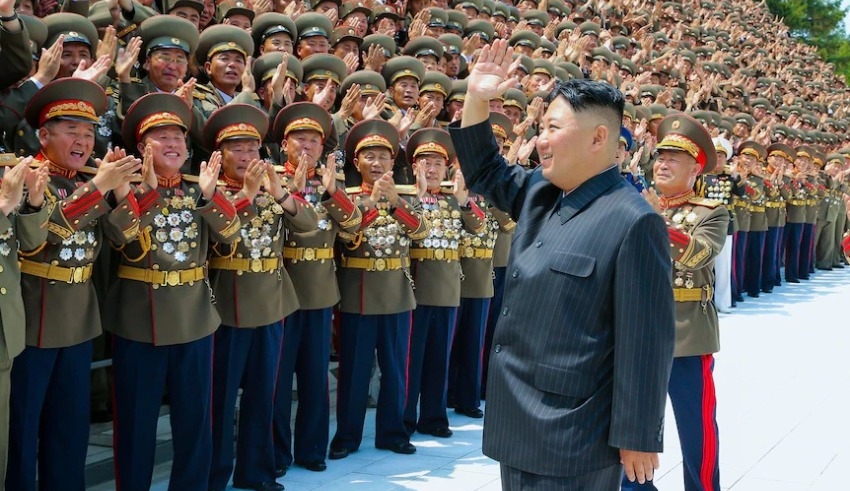 NORTH KOREA: On Wednesday, North Korean leader Kim Jong Un presided over the second day of the country’s key party conference on its military and defense programs, according to state media reports on Thursday, amid fears of an impending nuclear test.

Observers are keeping a careful eye on the meeting for signs that North Korea is prepared to conduct a nuclear test. “At any moment” and “at Kim’s discretion,” South Korean authorities said the test will go in place.

North Korea’s seventh nuclear test might be postponed because of China’s political agenda and the COVID-19 scenario, according to a South Korean presidential office official on Wednesday.

He presided over a military conference Tuesday that was expected to focus on critical tasks to further expand the military commissions’ functions and roles, as well as vital defense policies, according to KCNA.

Smaller nuclear bombs and hypersonic missiles are only some of the weapons that Kim has in mind for his country.

North Korea is working on a second tunnel at its nuclear test site, report says

His call to arm the military in every way “to annihilate the enemy” has been followed by an unprecedented number of missile tests this year, including massive intercontinental ballistic missiles (ICBMs), hypersonic missiles, and a potential short-range missile designed for tactical nuclear weapons, all of which have been put through their paces.

A new outbreak of an unnamed gastrointestinal illness in North Korea’s farming area has exacerbated the country’s food insecurity and a surge of COVID-19 infections, further straining an already isolated economy.