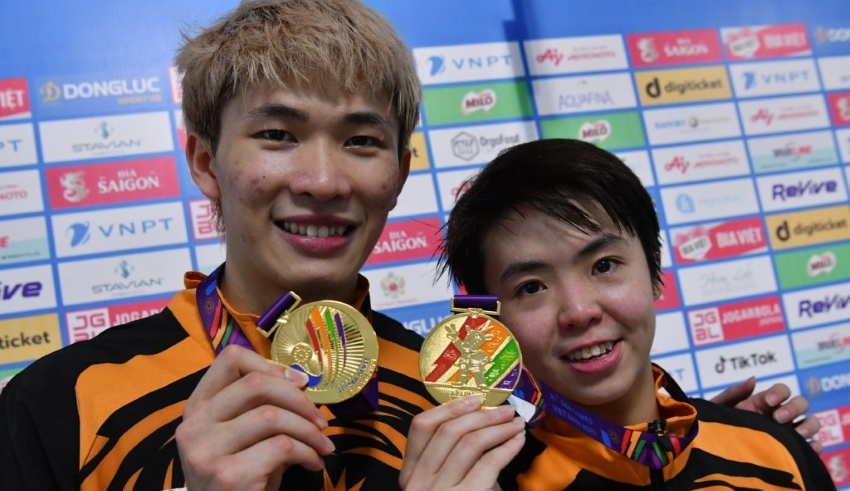 On the 15th day of the 31st Southeast Asian (SEA) Games, on the eve of the biennial Games' finale, the national contingent added two more gold medals.
(C) themalaysianreserve

Asean – On the 15th day of the 31st Southeast Asian (SEA) Games, on the eve of the biennial Games’ finale, the national contingent added two more gold medals.

The two gold medals came from the badminton mixed doubles and Muay Thai categories, increasing Malaysia’s total haul to 39 gold, 45 silver, and 89 bronze medals, with all events completing today and clearing the way for the Games’ end.

Malaysia finished sixth behind Games winners Vietnam, with a fantastic collection of 204 gold, 121 silver, and 115 bronze medals, exceeding the aim of 36 gold medals.

When the women’s team finished their time in Hanoi with a silver in the team road race and a personal effort by Nur Aisyah Mohamad Zubir, whose spirited fight until the final sprint to the finish line earned her a silver in the women’s individual road race, the national cycling squad also put on a good show.

Unfortunately, the national Under-23 football team will return empty-handed after losing 3-4 in a penalty shoot-out against Indonesia in the bronze medal match, after drawing 1-1 after 90 minutes of play.