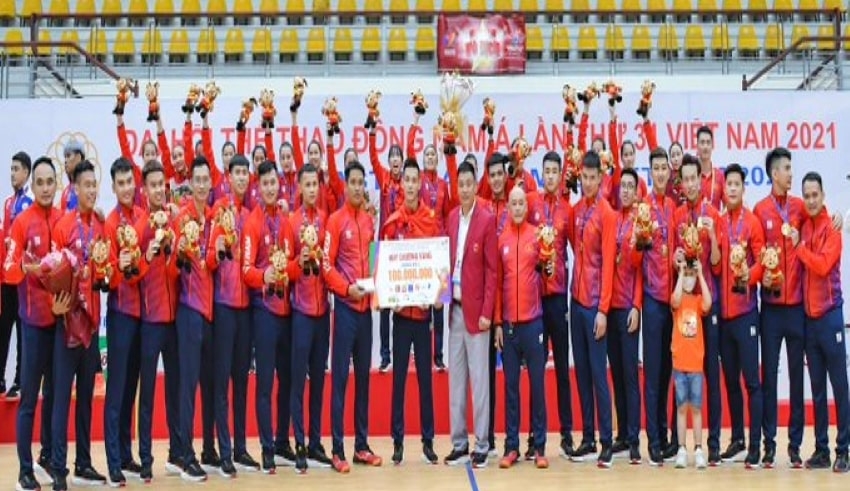 The 31st Southeast Asian Games came to a close on Monday with a colorful and exuberant closing ceremony at the Hanoi Indoor Games Gymnasium.
(C) Vietnam

Asean – The 31st Southeast Asian Games came to a close on Monday with a colorful and exuberant closing ceremony at the Hanoi Indoor Games Gymnasium.

Musical and cultural performances opened the occasion, which was followed by the singing of Vietnam’s national song, Doan Quan Viet-Nam Di (March to the Front).

The exciting closing ceremony, which included breathtaking light effects, was separated into three phases — “My Hanoi, Your Love,” “Gathering,” and “Shining” — to commemorate the region‘s return to sports after the Covid-19 outbreak suspended competition in March 2020.

Following that, musical director Huy Tuan oversaw a medley of songs about Hanoi, including Hanoi on a Windy Night, Fragrant Hanoi, Corner of Hanoi, and October Hanoi, which were sung by singers such as Dong Hung, Khanh Linh, Bao Tram, and Pham Anh Duy, with choreography by Duong Dinh Hai.

The fans erupted in applause as the contingents entered the stadium, carrying their various country flags in alphabetical order, beginning with Brunei and ending with hosts Vietnam.

After the mascots, referees, and volunteers paraded, the audience was treated to a film featuring highlights from the SEA Games action from May 6 to May 22, despite the fact that the biennial Games did not officially begin until May 12.

The Games’ cauldron was subsequently extinguished, allowing the South-east Asian Games Federation (SEAGF) and the 31st SEA Games flags to be lowered before the SEAGF flag was handed over to Cambodia, the 32nd edition’s hosts.

The “Apsara dance,” which is a symbol of the Khmer people’s culture, spirit, and identity, was followed by a cultural performance from Cambodia.

Cambodia will hold its first-ever Southeast Asian Games from May 5 to 17 next year, with 40 sports on the preliminary schedule.

While the Games concluded with a bang, Malaysia’s performance here did not, as they placed sixth with 39 gold, 45 silver, and 90 bronze medals, exceeding their 36-35-75 medal objective.

This is just the second time Vietnam has hosted the SEA Games, with over 10,000 athletes from 11 nations competing in 525 events over 40 sports for medals.

The SEA Games were last held in Vietnam in 2003.