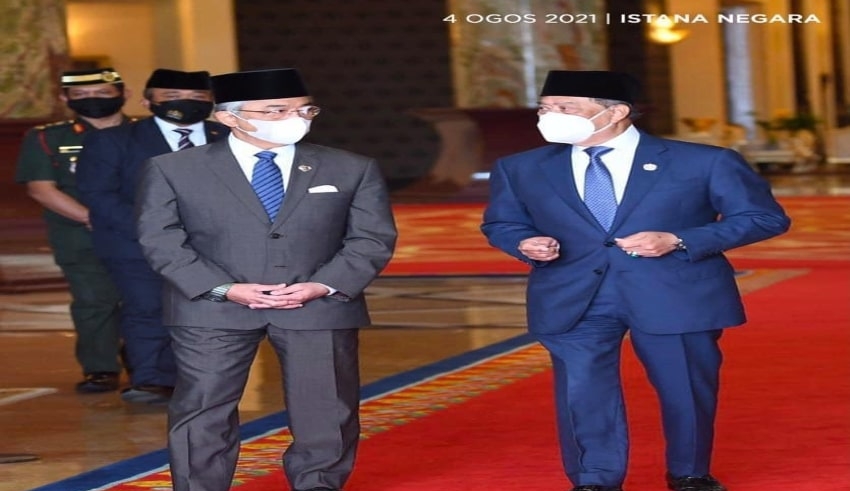 Muhyiddin Yassin's aide said the former prime minister did "umrah" in March 2021 without a complete Covid-19 or meningococcal meningitis (MM) vaccine because they were not necessary at the time.
(C) MuhyiddinYassin / Twitter

Malaysia – Tan Sri Muhyiddin Yassin’s aide said the former prime minister did “umrah” in March 2021 without a complete Covid-19 or meningococcal meningitis (MM) vaccine because they were not necessary at the time.

Mohd Naim Mahmod said in a statement that all of the delegates at the time, including the former prime minister, had received their first dose of Covid-19 vaccination before going for Saudi Arabia and their second dosage after coming home.

They were not immunized against MM since neither the Malaysian nor the Saudi governments made it compulsory.

According to him, neither the Malaysian nor the Saudi Arabian governments imposed strict requirements on the injection of the Covid-19 vaccine or other vaccinations by any visitor seeking to visit Saudi Arabia at the time.

Muhyiddin’s formal working visit was also subjected to stringent standard operating procedures, including PCR testing before, during, and after the visit, according to him.

MOH official: Impending Omicron wave might result in up to 15,000 cases per day in Singapore

According to the results of the PCR testing, all of the delegates tested negative for Covid-19.

Thus, the accusation made by independent preacher Abu Syafiq recently that Muhyiddin had not taken any immunization for the Muslim minor pilgrimage is untrue, according to Mohd Naim.

After saying on his Instagram account that he had escorted some umrah pilgrims without immunization and accusing several ministers of doing the same, Abu Syafiq sparked outrage.

Idris Ahmad, the religious affairs minister, has subsequently called for an investigation into the freelance preacher.

To combat the spread of the Omicron Covid-19 variant, the government decided to temporarily prohibit travel clearance to conduct umrah beginning January 8, prompting accusations of prejudice against Muslims from commentators. The Health Ministry said earlier this week that from November 25, 2021 until yesterday, 16 Covid-19 clusters involving umrah pilgrims returning from Saudi Arabia have been discovered, with seven of the clusters’ index cases verified to be of the Omicron variant.