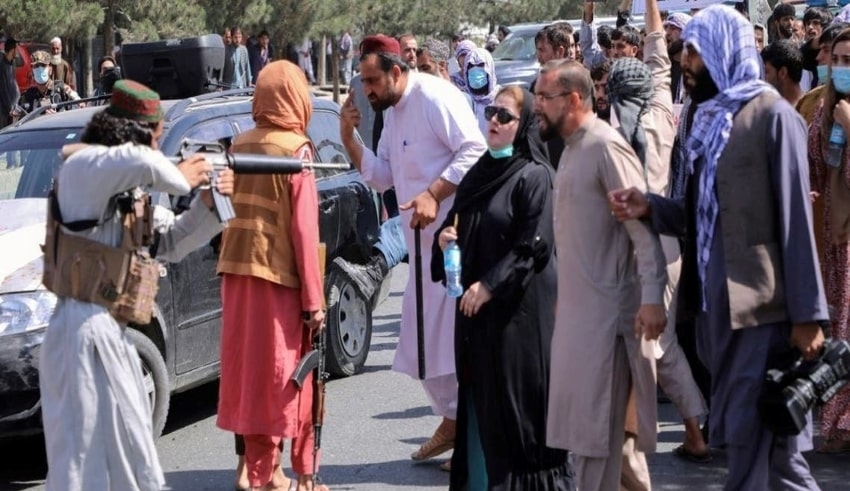 Two staff members stated that the Taliban's religious police had threatened to kill women NGO employees in a northern district of Afghanistan if they did not wear the all-covering burqa.
(C) English

Afghanistan – Two staff members stated that the Taliban’s religious police had threatened to kill women NGO employees in a northern district of Afghanistan if they did not wear the all-covering burqa.

Since the Taliban retook control in August after deposing the US-backed government, Afghans‘ rights, particularly those of women and children, have been significantly restricted.

Women are being pushed out of public life and are virtually excluded from government professions, while most girls’ secondary schools are closed.

According to reports, the local branch of the dreaded Ministry for the Promotion of Virtue and Prevention of Vice met with humanitarian groups on Sunday, as stated by the two foreign NGO workers located in remote Badghis province.

“They informed us.  They will shoot women employees who come to work without wearing the burqa,” one stated, requesting anonymity for safety reasons.

He further said that women must be escorted to work by a male guardian.

The warnings were validated by a second non-governmental organization.

“They also stated that they will visit every workplace without warning to ensure that the regulations are obeyed,” he said in a report.

The fear of shooting was not mentioned in a notification to NGOs obtained by reporters, but women were ordered to cover themselves.

Women in extremely traditional Afghanistan cover their hair with scarves nevertheless, and the burqa – which was necessary under the Taliban’s first administration, from 1996 to 2001 – is still commonly worn, especially outside of Kabul.

In their desperate quest for international legitimacy and the release of blocked assets, the Taliban have mainly avoided proposing national policies that cause worldwide indignation.

Various directions and edicts have been issued by provincial officials based on local interpretations of Islamic law and Afghan culture.

The Taliban organized a protest in the capital on Friday with roughly 300 men chanting “We want Sharia law.”

Earlier this month, posters featuring a picture of the burqa were plastered on cafés and stores in Kabul, instructing Afghan women to cover up.