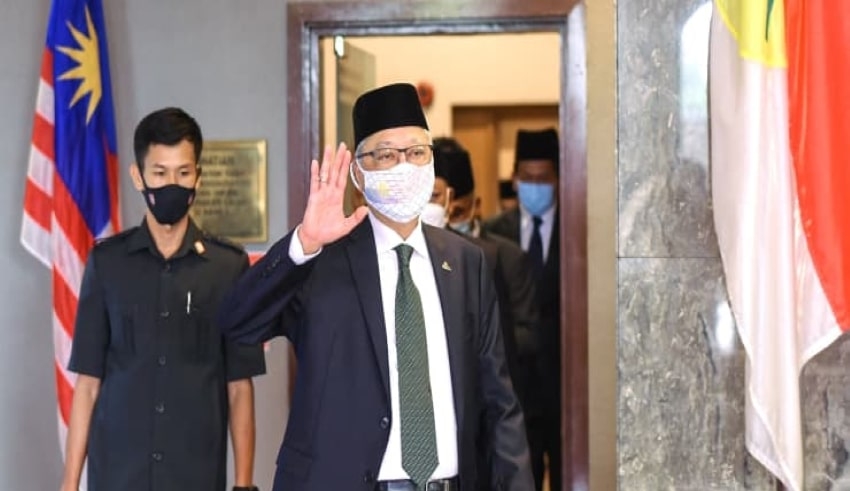 The Parti Pribumi Bersatu Malaysia (Bersatu) seems to be optimistic that it would have representation in the next Cabinet, which will be headed by Prime Minister Datuk Seri Ismail Sabri Yaakob, who is from UMNO.
(C) cnbc

The Parti Pribumi Bersatu Malaysia (Bersatu) seems to be optimistic that it would have representation in the next Cabinet, which will be headed by Prime Minister Datuk Seri Ismail Sabri Yaakob, who is from UMNO.

The party’s supreme council member, Datuk Razali Idris, claimed the party recently had a meeting and granted its president, Tan Sri Muhyiddin Yassin, the authority to choose who among its members will be nominated for a Cabinet post in the new administration, according to a report from Sinar Harian.

According to him, Muhyiddin and Datuk Seri Ismail Sabri Yaakob have a very close relationship.

He said that on the same day he was named prime minister, Ismail paid a visit to Muhyiddin at his residence and had a conversation with his successor.

Razali, on the other hand, said that at the Bersatu meeting, its members did not address the complexities of who should be nominated to the Cabinet or which ministry the party should be assigned.

His remarks were followed by the statement that Muhyiddin, as the former prime minister, had the necessary expertise to make the best choices and that the party would refrain from interfering in the decision-making.

It was just a little more than a month before the fall of the Perikatan Nasional administration that Ismail, who is also UMNO vice-president, was appointed deputy prime minister in the Muhyiddin Cabinet.

Muhyiddin resigned from his position as prime minister on August 16 as a consequence of the lack of support from 15 UMNO MPs.

As promised, Ismail, who formally began working recently, has vowed to introduce his Cabinet this week after submitting a preliminary list of candidates to the Yang di-Pertuan Agong. The prime minister also refuted several “lists” of possible candidates that have been circulating on social media, labeling them phony and stating that discussions are still in the process