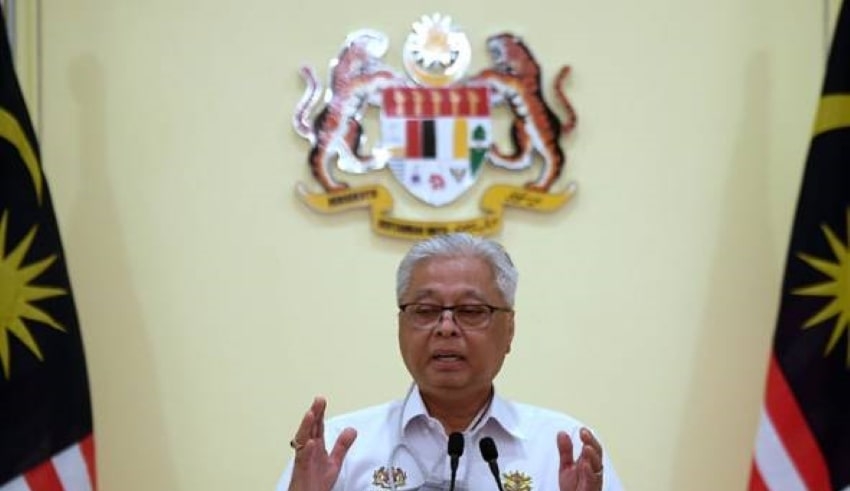 The Yang di-Pertuan Agong has appointed Datuk Seri Ismail Sabri Yaakob of UMNO as the country's ninth prime minister after concluding that he has the confidence of a majority in Parliament.
(C) astroawani

The Yang di-Pertuan Agong has appointed Datuk Seri Ismail Sabri Yaakob of UMNO as the country’s ninth prime minister after concluding that he has the confidence of a majority in Parliament.

Comptroller of the Royal Household Datuk Indera Ahmad Fadil Shamsuddin stated in a statement on behalf of Al-Sultan Abdullah Ri’ayatuddin Al-Mustafa Billah Shah said His Majesty believed the appointment would stop Malaysia’s political turmoil and enable the government to concentrate on the Covid-19 crisis.

Ismail Sabri, who formerly served as senior minister in charge of the security cluster and defense minister in the defunct Perikatan Nasional (PN) administration, will be sworn in as the new Malaysia’s Prime Minister.

The statement said that on August 18, 2021, Istana Negara received nominations for the next Prime Minister from 220 members of the Dewan Rakyat through a statutory declaration. According to the declaration letters, a total of 114 Dewan Rakyat members nominated Datuk Seri Ismail Sabri Yaakob (Member of Parliament for Bera), constituting a necessary majority to form the government.

Accordingly, and in line with Article 40(2)(a) and Article 43(2)(a) of the Federal Constitution, His Majesty is delighted to designate Datuk Seri Ismail Sabri Yaakob (Member of Parliament for Bera) as Malaysia’s ninth prime minister.

The announcement was made after a two-hour extraordinary meeting of the Conference of Rulers to elect a new prime minister.

Ahmad Fadil further reaffirmed the King’s position that the people should not be burdened with perpetual political instability at a time when the nation is battling health problems and “economic depression” caused by the Covid-19 outbreak.

MPs were also urged to demonstrate unity by prioritizing, committing to, and providing the greatest service to the people.

The King reminded the person who would be selected to face a confidence vote in the Dewan Rakyat once it is verified in a statement on Wednesday.

Ahmad Fadil, speaking on behalf of the King, said that the confidence vote must be held since it is the appropriate constitutional procedure for gaining legitimacy. Tan Sri Muhyiddin Yassin resigned as Malaysia’s eighth Prime Minister this week, stating that he no longer felt he had a majority in Parliament, despite the fact that he had not yet had a confidence vote in the Lower House, as he planned to do next month.