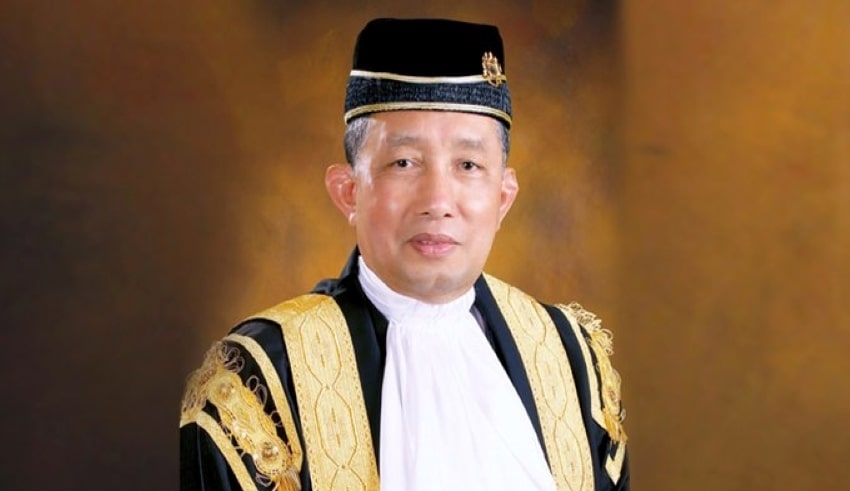 Idrus Harun must be removed from his post effective immediately for issuing a public statement to clarify the legal position under the Federal Constitution regarding the King’s constitutional functions to summon for Parliament to meet which is clearly a breach of confidentiality.
(C) fmtoday

The Pakatan Harapan (PH) Presidential Council said that Attorney General (AG) Tan Sri Idrus Harun must be removed from his post effective immediately for issuing a public statement to clarify the legal position under the Federal Constitution regarding the King’s constitutional functions to summon for Parliament to meet which is clearly a breach of confidentiality.

In a statement, PH said that the AG’s advice should only be provided directly to the Yang di-Pertuan Agong and must be kept confidential. Announcing it to the public would be viewed as an offense by disparaging the Malay Rulers’ view in the present context.

PH has announced new committees to prepare, three years after winning the GE14

They said that the AG’s statement has casted aside the spirit of the Constitution as well as the institution of the Malay Rulers. They added that he has committed a breach of confidentiality and that he is not fit to even be a lawyer much less to be an AG.

PH then called for his immediate termination as the AG’s statement is a form of transgression against the Yang di-Pertuan Agong. PKR president and PH chief Datuk Seri Anwar Ibrahim, Parti Amanah Negara’s president Mohammad Sabu and DAP secretary-general Lim Guan Eng have signed the statement.

On June 25, Idru’s statement has been issued saying that the one who decides as to when both houses of Parliament should meet is the Cabinet, as the Yang di-Pertuan Agong’s constitutional power to summon for Parliament to meet is at the Cabinet’s advice.

Idrus concluded his statement saying that in accordance to the Agong’s authority to call for the Parliament meeting, which is performed in line with the Cabinet’s advice, the meeting dates for the Dewan Rakyat and Dewan Negara is to be determined by the Cabinet.

The AG had highlighted two constitutional provisions, namely Article 40(1) and Article 40(1A).

According to him, among the other things, these two constitutional provisions means that the Agong is to adhere to the advice of the Cabinet or the advice of a minister acting under the general authority of Cabinet as he make use of his constitutional functions or functions under federal law except otherwise provided by the Federal Constitution.

The AG stated that the Federal Constitution’s Article 39, Article 40 and Article 43 provides that the Agong has to act according to the Cabinet’s advice.