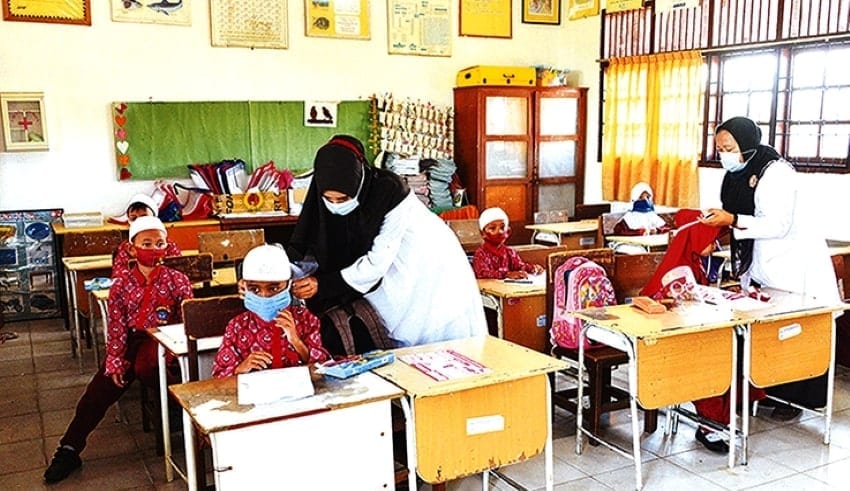 Prime Minister Tan Sri Muhyiddin Yassin has called the attention of the Ministry of Education (MoE) to continue in its efforts in putting the needs of the educators, parents and pupils first as well as to be attentive to their suggestions in order to aid the development of the teaching and learning (PdP) platforms to ensure that the learning process remains relevant even in the midst of the new normal.

The prime minister said that this aims to make sure that the students are able to keep up in these new processes. He also mentioned that since the Covid-19 pandemic hit the nation last year, it has caused the teachers as well as the students to become proficient in several digital educational applications as the PdP process heavily depended on digital learning as the new way of learning under the new normal.

In his address during the 50th Teachers’ Day celebration themed Berguru Demi Ilmu, Bina Generasi Baharu which was aired live on the Education Ministry Facebook page, RTM TV1, DidikTV KPM and other broadcasting stations, he said that the changes that have been happening such as leaping into the virtual education proves that the concept of learning is not confined just within the four walls of the classroom.

He added that the teachers have also been doing their utmost even amidst the challenges of implementing the PdP via online especially when the PdPR (home-based teaching and learning) was introduced. The prime minister also congratulated the teachers in their efforts to build innovative PdP materials for the students during the learning process under the new normal.

Muhyiddin said the globalization wave had forged a new path in education where educators are the key players when it comes to adapting the content of technology-based pedagogy in PdP. He also mentioned that the implementation of digital education as an element in 21st century learning is in line with the seventh shift of the Malaysian Education Development Plan (PPPM) 2013-2025 in implementing e-learning, which is teaching based on information and communication technology (ICT).

The prime minister has ensured the students that as the government aims to produce children who are ready to compete globally on top of being fit to the current job market and being a virtuous and civilized member of the society, the government will also help in achieving this goal through making sure that every student can have access to proper education including the Orang Asli, special needs students (MBK) and undocumented children. Hopefully, these awards will inspire all educators to continue to strive and give their best in boosting the country’s education and ensuring that Malaysia becomes a much better country,” he said.