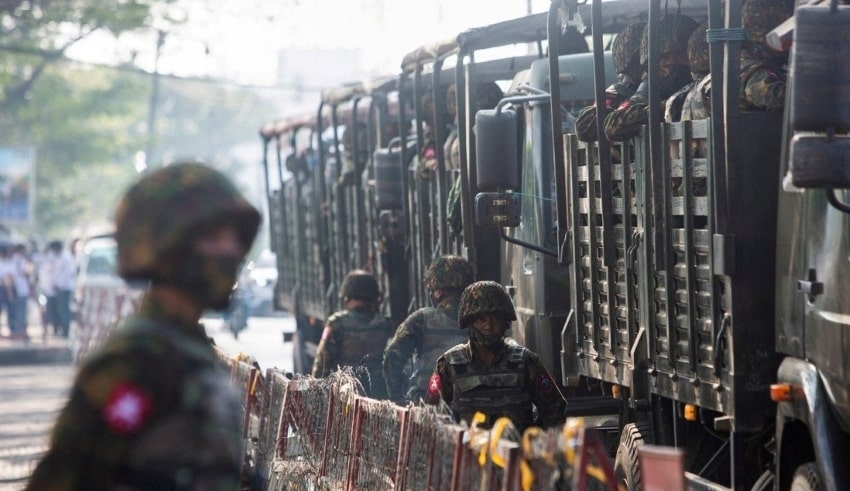 The ASEAN's progress in Myanmar has not been as successful as anticipated, according to Singapore's foreign minister.
(C) scmp

The ASEAN’s progress in Myanmar has not been as successful as anticipated, according to Singapore‘s foreign minister.

United Nations and many countries have urged the bloc, which includes Myanmar, to restore stability via diplomacy.

Vivian Balakrishnan remarked that ASEAN is not as effective or fast as they expected. “But this is a difficult situation.” she added.

ASEAN established a five-point agreement on addressing the situation in April. In early August, the bloc nominated Brunei’s second minister of foreign affairs as special envoy to Myanmar as part of those efforts.

Balakrishnan expressed optimism that there will be progress to report on the envoy’s visit before to November’s ASEAN leaders’ meeting. However, he warned that for the visit to be effective, the military must give the envoy access to all parties.

Balakrishnan added that at this point, the critical litmus test will be their engagement with the special envoy.

The death toll from Myanmar’s February 1 coup surpassed 1,000 this week, according to the dissident organization Assistance Association of Political Prisoners (AAPP), which has been documenting security force murders.

Myanmar’s economy has crumbled, and a humanitarian catastrophe has deteriorated in the last month as coronavirus infections have risen to alarming rates, overwhelming the health system.

Balakrishnan described the situation as “dire” and said that ASEAN was attempting to be constructive, promote discussion, and provide humanitarian help.

When questioned if ASEAN or Singapore had spoken with the shadow National Unity Government, Balakrishnan said that they have maintained channels of contact.

And added that they are not attempting to complicate matters. Additionally, they are not taking sides. However, the military officials are aware that they will engage everyone.

Singapore is a tiny country, yet it exerts considerable economic and political power in South-east Asia. According to some rights organizations, Singapore has influence in Myanmar as a result of its strong connections with the nation as one of its largest investors.

Official Myanmar statistics show that since 1988, the city-state has authorized US$24.1 billion (RM102 billion) in investments. It was the largest foreign capital source, ahead of China.

But, according to Balakrishnan, Singapore’s “so-called leverage was overestimated” since it comprised multinationals investing in Myanmar.

He claimed economic sanctions will affect regular people but not military leaders, who can endure isolation better.

The minister said ASEAN has not discussed expelling or suspending Myanmar, adding that the group wants to be helpful but not meddle in internal affairs.

Kamala Harris’s trip to Vietnam and Singapore  will demonstrate the Biden administration’s commitment to a “free and open Indo-Pacific” and the US commitment to stay in the region, a senior administration official said. Balakrishnan said that this year they aim to make progress on collaboration, pandemic recovery, digital economy, green economy, and cybersecurity, adding that this isn’t simply lip service; there’s real work to be done.