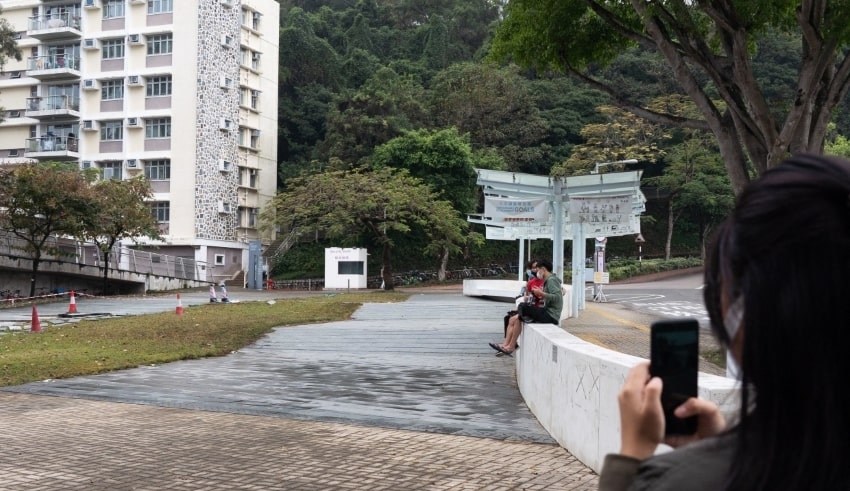 The removals follow the demolition of a monument commemorating the brutal crackdown by Hong Kong’s oldest university, which sparked outrage from activists and dissident artists in Hong Kong and throughout the world.

For a long time, Hong Kong was the only place in China where public commemorations of the Tiananmen Square massacre were allowed, with thousands of people coming each year to commemorate democratic protestors murdered by Chinese forces.

The crackdown was commemorated on the city’s university campuses with sculptures remembering the events, providing a dramatic picture of the semi-autonomous territory’s liberties.

The “Goddess of Democracy” was taken from the Chinese University of Hong Kong (CUHK) campus early Friday.

Chen Weiming’s sculpture, a six-metre (21-foot) copy of the huge figure raised in Tiananmen Square by students, was a powerful emblem of Hong Kong’s democratic campaign.

Around the same time, Chen’s Lingnan University in Hong Kong took down another relief sculpture commemorating the Tiananmen Square crackdown.

The removals took place on Christmas Eve, when the majority of students were off campus for the holidays.

Chen, a resident of the United States, expressed “regret and outrage” about the removal of his works, claiming that the institutions had behaved “illegally and unjustly.”

Chen said that they behaved like a thief in the night.

“It was the polar opposite of being neat and orderly.  They were frightened of being found out and facing retaliation from students and alumni.”

Chen said that the sculptures were only on loan to the schools and that if they were destroyed, he would hire a lawyer to pursue legal action.

Chen said he would explore requesting that the pieces be transferred to his Liberty Sculpture Park in California.

After an internal examination, CUHK claimed it removed the “unauthorised statue,” noting that the entities responsible for bringing it to campus in 2010 were no longer operational.

After reviewing and evaluating objects on campus that may pose legal and safety issues to the university community, Lingnan University removed the said monument.

After two years of democratic demonstrations, Beijing is remaking Hong Kong in its own image, and honoring Tiananmen Square has virtually become impossible.

Authorities have prohibited an annual candlelight vigil to commemorate the June 4 crackdown for the previous two years, citing security and pandemic concerns.

The museum had previously been closed because it lacked the necessary license, according to officials.