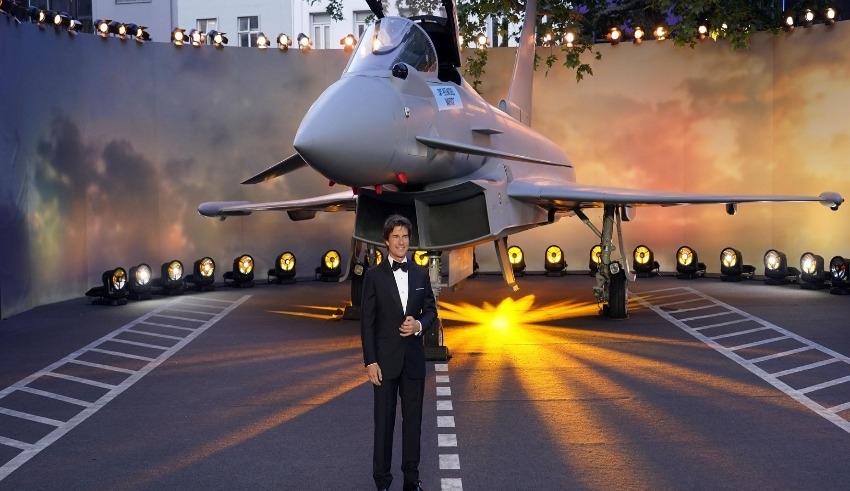 After backlash with the 2019 trailer of the movie, "Top Gun: Maverick" is now showing Taiwan's official flag, jeopardizing its distribution in mainland China.
(c) Washington Times

TAIWAN: The box office smash — which is by far Tom Cruise’s most successful commercial debut — now incorporates the flag on his iconic bomber jacket, including in the Taiwanese edition.

The film’s teaser from 2019 initially suggested otherwise. During the preview, the patches on Cruise’s jacket looked to have been swapped out and replaced with two unclear symbols in the same color scheme, which previously carried flags representing Taiwan and Japan.

Some critics were enraged by this omission, leading to conjecture that the modification was done to accommodate Chinese censors and the film’s Chinese funder, Tencent (TCEHY). Tencent Pictures, a Shenzhen-based tech behemoth, was an investor in the highly anticipated sequel to the 1986 blockbuster at the time.

However, the corporation has now withdrawn. Tencent resigned its role as a funder of the film in late 2019, according to the Wall Street Journal, citing unnamed sources. This comes amid geopolitical worries between China and the United States.

According to the claim, the company was concerned about offending Beijing officials by advertising a film that glorified the US military as US-Chinese relations deteriorated. A request for comment from Tencent and Paramount (PGRE) Pictures, the film’s studio, went unanswered.

‘Fujian,’ China’s third and most advanced aircraft carrier, is launched

The relationship between China and Taiwan is tense. Despite never having administered Taiwan, Beijing’s communist leadership has long claimed it as part of its territory.

In exchange for access to China’s rich market, the Chinese government has encouraged international firms to refer to Taiwan as a Chinese territory. Hollywood films have become increasingly regulated as China’s importance at the global box office has grown.

China-Japan relations have always been difficult, with tensions rising in recent years over disputed islands in the East China Sea.

The current rendition of the film is sure to upset Chinese fans and officials.

Former DMG Entertainment president and author Chris Fenton warned that the Chinese government could ban the studio, directors, and performers for an extended period of time.

Since 2020, China’s strict “zero COVID” restrictions have caused many cinemas to close for extended periods of time, particularly in Shanghai and Beijing. This is in sharp contrast to how moviegoers have recently returned to theaters throughout the world.

In mainland China, “Top Gun: Maverick” has yet to be released, and no release date has been set.

Given the world’s two largest economies’ heightened geopolitical tensions, Fenton feels that may have been a predetermined conclusion nonetheless.