The Asian Affairs > Latest News > Economy > Tourism and exports will boost Thailand’s economy by 3.5% this year 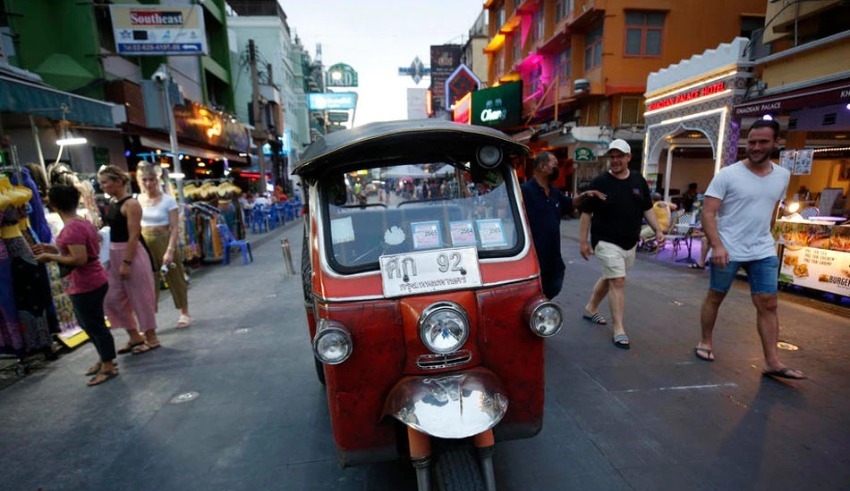 On Tuesday, Thailand's finance minister predicted that the country's GDP will increase by 3.5 percent this year, mostly due to a rise in tourism and exports.
(c) ABS-CBN News

THAILAND: On Tuesday, Thailand‘s finance minister predicted that the country’s GDP will increase by around 3.5 percent this year, mostly due to a rise in tourism and exports.

Arkhom Termpittayapaisith, the minister of tourism, told reporters that the ministry now expects 9.5 million international visitors this year. According to the official, the government plans to take other steps to help lower the cost of living.

According to the official, the government plans to take other steps to help lower the cost of living.

While monetary policy in Thailand will be tightened in an effort to keep the Southeast Asian economy’s second-largest from being disrupted, Thai central bank officials indicated on Monday (June 27) that interest rate increases are expected later this year, bolstering market forecasts.

Bank of Thailand (BOT) officials said Thailand’s economy will continue to grow this year and next, powered by domestic consumption and tourism, and could outperform expectations despite the danger of increased inflation.

Assistant Governor Piti Disyatat informed the gathering that the BOT will gradually change from its current relatively accommodative policy in an effort to avoid the economy from overheating, which would lead to demand-driven inflation.

He noted that the BOT’s job was to ensure that the economy would take off smoothly.

He added that the BOT has no aim of surprising markets with sudden tightening of policy based on facts and in line with associated risks.

As he said, the remaining three BOT meetings this year in August, September, and November were still viable venues for discussing policy.

On Aug. 10, the Federal Reserve will hold its next policy meeting, and most analysts expect the first rise in interest rates since December 2018.

By a vote of four to three, the BOT’s policy review committee voted on June 8 to keep the key rate at 0. It was supported by three of those who spoke out, who favored a 0.25% increase.

Although the BOT’s target range for inflation was breached, the BOT found no need to change its target, which remained acceptable for the economy in medium-term terms, Piti stated.

By the middle of 2023, senior director Sakkapop Panyanukul predicted that inflation will begin to decline.

Piti acknowledged that the weak baht was increasing import costs, but he also predicted that the currency will strengthen in the medium term since the dollar’s rise would be restrained by the tightening of US monetary policy.

BOT senior director Surach Tanboon said the baht’s decline was in line with regional currencies and that the BOT will actively monitor and minimize excessive volatility.