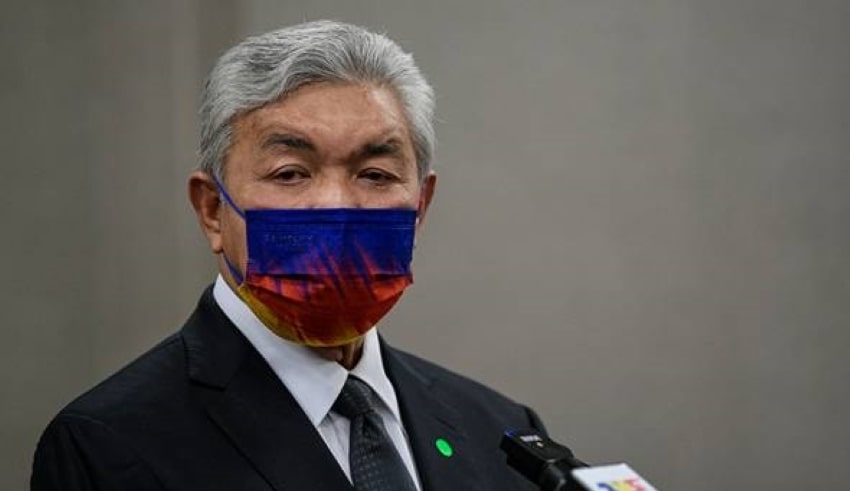 Datuk Seri Ahmad Zahid Hamidi today told the party’s state assemblymen in Melaka, who toppled the state government, to be prepared to face the music, by way of sackings.
(C) astroawani

Malaysia – Umno president Datuk Seri Ahmad Zahid Hamidi today told the party’s state assemblymen in Melaka, who toppled the state government, to be prepared to face the music, by way of sackings.

In a press conference in the Dewan Rakyat’s media centre today, Ahmad Zahid said that those who caused the state government to fall had betrayed a government led by Barisan Nasional (BN) and Umno.

“For the state assemblymen from BN and Umno who betrayed the government led by BN and Melaka Umno, I hope they will be ready to face actions from the party to receive sacking letters to be sent to them.

“I feel that the main question, as to what happened on a national level and in several states … loyalty of any elected representatives, regardless whether they are state assemblyman or MPs, must be focused on loyalty to the party, especially if the party is led by Umno and BN,” he said.

Ahmad Zahid also asked the people of Melaka to trust chief minister Datuk Seri Sulaiman Md Ali, who will now be the caretaker chief minister, until an election date has been set.

Melaka Governor Tun Mohd Ali Rustam had earlier today consented to the dissolution of the state assembly, after four assemblymen declared no confidence in Sulaiman as chief minister.

He also confirmed that Sulaiman had sent a letter to Mohd Ali yesterday, asking for a state election.

According to the law, an election must now be called within 60 days.

Idris was the chief minister prior to Sulaiman. Both he and Nor Azman are from Umno while Noor Effendi is from Parti Pribumi Bersatu Malaysia (Bersatu). Norhizam was formerly from DAP prior to becoming an independent.