The Asian Affairs > Latest News > Lifestyle > Whales are being killed by noise pollution, but this technology could help 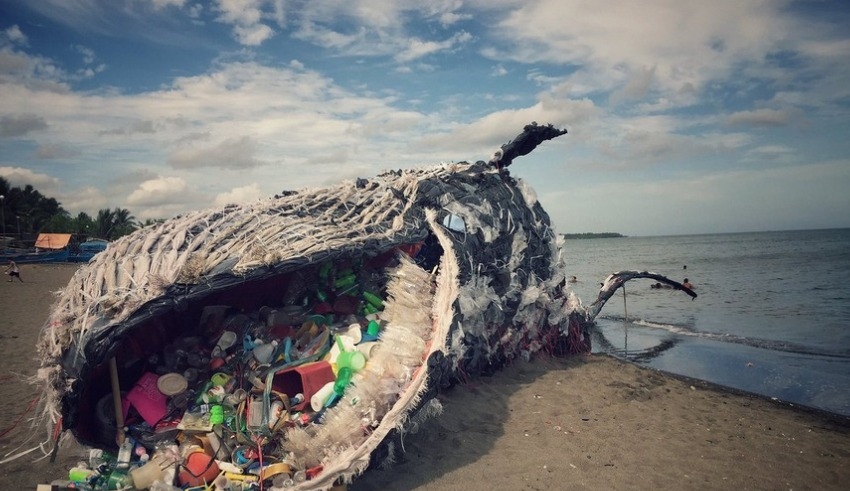 Upon overlooking the sonic effect, "we polluted the water with sound without having the slightest concept that doing so could have been harmful to it."
(c) NYC

As light can only travel a few hundred feet below the surface of the ocean, animals have to rely on sound to find food, navigate, and communicate with one another.

But human beings did not become aware of the soundscape that existed below the waters until far into the last century. According to French bioacoustics expert Michel André, explorers and scientists mistakenly assumed that the ocean was a “quiet realm” because they were unable to detect the low frequencies that go the farthest underwater.

He thinks that people have overlooked the importance of the sonic component. “We polluted the water with sound without having the slightest concept that doing so could have been harmful to it.”

Because of the roar of ship engines, the powerful pinging of military sonar, and seismic explosions used to detect oil and gas resources, the ocean’s depths have become noisier in recent decades. This cacophony of human-made sound is drowning out the natural chatter of marine life, which is having a detrimental and maybe lethal effect.

Some mammals, like whales, have been separated from their mates, their migration routes have been altered, and in some cases, irreversible hearing loss brought on by noise pollution has been induced by it. This loss of hearing can be fatal.

Since whales use echolocation or biological sonar to “see” objects, they can struggle to locate a vessel over the constant din, and some individuals have become so deaf that they cannot hear the approaching danger. André and other scientists believe that increased noise pollution has led to an increase in the number of collisions between ships and whales. Since 2007, the International Whaling Commission has recorded at least 1,200 incidents of ships colliding with whales around the world; however, it is likely that many more incidents have occurred but have not been reported.

The development of technology that makes use of acoustics to identify the presence of whales in shipping channels could assist to reduce the risk of collisions occurring between ships and whales. Listen to the Deep Ocean Environment (LIDO) is a piece of software that André and his team at the Laboratory of Applied Bioacoustics in Barcelona have developed. This software monitors acoustic sources in real time and utilizes artificial intelligence to identify them.

Here’s why you can never visit this island in Asia

What does it mean for Greenland when they have ‘zombie ice’?

In the month of October, a buoy measuring two meters in length and equipped with this technology as well as other sensors will be released into the Gulf of Corcovado, which is located off the coast of Chile and is a region that is frequented by whales as well as ships. It will be able to detect whales within a radius of at least 10 kilometers using LIDO, and it will immediately transmit an alert to Chile’s navy. The navy, in turn, will send a message to surrounding vessels, asking them to alter their route or slow down their speed. When traveling at slower speeds, ship engines produce less noise, which makes it simpler for whales to zero in on the location of the vessel.

The buoy will be the first of many to be deployed as part of the Blue Boat Initiative, which is a program that was established in the year 2020 by the MERI Foundation, which is a scientific research organization based in Chile. According to Sonia Espaol-Jiménez, the executive director of MERI, the organization’s long-term objective is to have these types of buoys operating along the coast of South America and beyond, providing a safe passage for migrating whales and other marine species. This would also benefit other marine species.

The Gulf of Corcovado seemed like a natural site to begin our exploration. The body of water that is more than 50 kilometers long and stretches between Chiloé Island and the mainland of southern Chile is a haven for whales. It is home to nine different species of whales, and it is the most important feeding ground in the southern hemisphere for the critically endangered blue whale.

However, the region is also exposed to heavy marine traffic, and a significant number of the vessels in this traffic are associated with the salmon farming sector. However, studies conducted in the United States have demonstrated that lowering the speed of a ship is an easy and cost-effective approach for preventing ships from colliding with whales.

André believes that humans will be able to reestablish a connection with nature and assist in its recovery if they develop methods to monitor biodiversity and identify the sources of acoustic emissions. “If we find a way to monitor, to listen, and to understand the message from sound, then we have a way to understand the health status of the Earth,” he said.