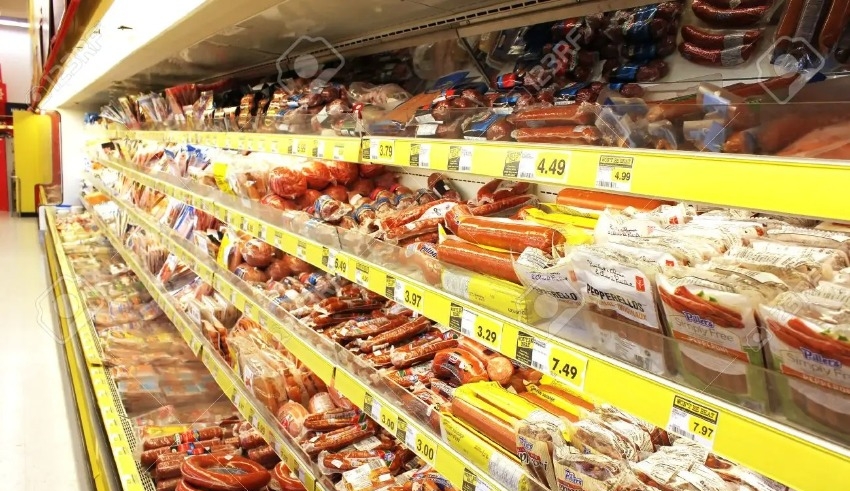 According to Dr. Frank Hu, a professor of nutrition, "the evidence is pretty convincing that regular consumption of processed meats is deleterious to health."
(c) 123RF

US: Bacon and Sunday mornings go hand in hand. At East Coast Park, you can get a hot dog. Experts recommend limiting your consumption of processed meats if you want to enjoy them on a regular basis.

According to Dr. Frank Hu, a professor of nutrition, epidemiology, and public health, “the evidence is pretty convincing that regular consumption of processed meats is deleterious to health, including colorectal cancer, Type 2 diabetes, and cardiovascular disease.”

In addition to the more well-known processed meats (such as salami and bologna), the term “processed meats” refers to any type of meat that has been subjected to some sort of processing. Curing, fermenting, smoking, or salting meat are some of the methods used to enhance its flavor and shelf life.

Even when it isn’t processed, red meat consumption should be kept to a minimum due to the increased risk of cancer, heart disease, stroke, and mortality that it carries. Currently, the World Health Organization (WHO) considers red meat to be “possibly carcinogenic.”

Because of the way research is currently conducted, experts can’t recommend one type of processed beef over another with certainty. For the most part, research has concentrated on commonly consumed processed meats like hot dogs and bacon.

There are so many different varieties of processed meat, and they are all mixed together in most studies, so it’s impossible to say which ones are better or worse than others, he said.

Although poultry and fish contain less saturated fat than red meat, Dr. Hu argues that the amount of omega-3 fatty acids in some fish makes them a healthier alternative to processed red meat.

Since there is no proof to back this up, treat processed poultry and fish with the same level of caution for the time being, according to him.

According to Marji McCullough, senior scientific director of epidemiology research at the American Cancer Society, one reason for this advice is that the processing itself seems to be the key issue rather than what the processed meat is made of. It’s possible that curing or preserving food with carcinogenic nitrates and nitrites may contribute to cancer risk, according to McCullough.

She also mentioned that cooking meat at high temperatures can result in the formation of new carcinogenic compounds. Cooking meat directly on a flame or hot surface, such as when barbecuing, grilling, or pan-frying, falls under this category.

“A significant factor” is that processed meats have a high salt content in addition to the cancer risks. High blood pressure and cardiovascular disease can be exacerbated by an excess of sodium in the diet.

Other health problems associated with processed meats include diabetes type 2 and dementia. Dementia risk increased by 44 percent and Alzheimer’s risk by 52 percent for every additional 25 grams of processed beef in a person’s daily diet in a big 2021 British study.

When it comes to processed meat, Dr. Vijaya Surampudi, an assistant professor of medicine at UCLA’s Center for Human Nutrition, says that it may worsen inflammation in the body by changing the gut microbiota.

According to her, “the gut bacteria interact with our immune system and eventually contribute to chronic inflammation,” which can alter blood pressure as well as blood sugar and cholesterol. This can lead to chronic disease and even death.

In terms of “nitrate-free” foods, what about those labeled “nitrite-free”? Celery juice, a natural nitrate, may be used in nitrate-free meats, but it’s uncertain if that’s better for your health than meats manufactured with artificial nitrates or nitrites.

As Dr. Surampudi put it, if you can afford to eat lean cuts, organic, and vegetarian-fed meats, you’re better off. Because whatever the animal you’re eating ate, that becomes concentrated in that animal’s body, and we consume it.

All animal-based foods, processed or not, should have this in mind.

In the end, the most harmful processed meats are those that you eat on a regular basis, rather than those that you just eat once in a while. What this means is that you can have a hot dog from time to time. For example, at a family BBQ. Just be careful not to make it a habit.