The Asian Affairs > Latest News > Business > Is Grab on the verge of becoming the next Netflix – and not in a good way? 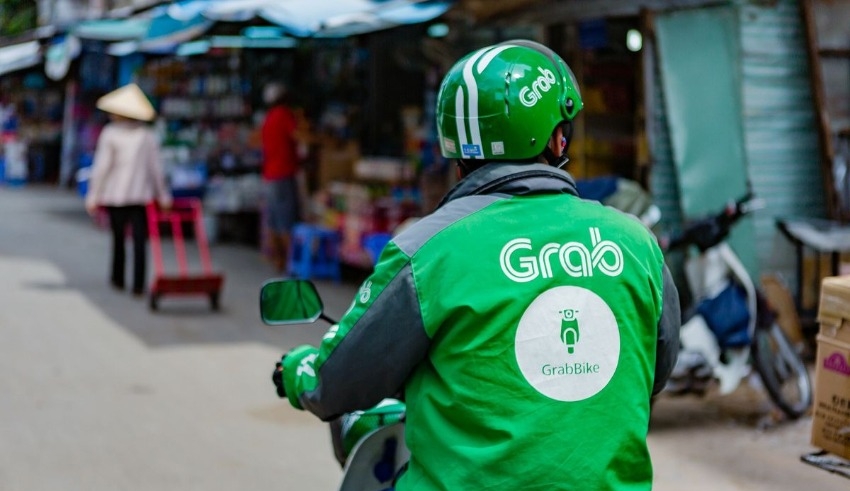 The ride-hailing industry has been in the public eye as of late because of customer complaints regarding rising prices and more complex booking processes.
(c) Saigoneer

Have you been traveling on public transportation, such as the bus or train, more regularly as of late? Or, have you been devoting extra time to booking a ride through your mobile app, preparing yourself for fare surges and longer waiting periods, and then rushing out the door to meet your ride before the grace period expires?

The ride-hailing industry has been in the public eye as of late because of customer complaints regarding rising prices and more complex booking processes. These problems have been attributed to a rise in the demand for rides following the easing of COVID-19 community safe management measures, the return of employees to their places of employment, and the decrease in the number of drivers.

Grab’s decision from the previous month to reduce its grace waiting time and cancellation term from five to three minutes was met with almost instant criticism from the company’s passengers.

Will the uproar of the people result in any change? It’s not very likely.

In an interview with CNA that took place the week before last, Mr. Yee Wee Tang, the managing director of Grab Singapore, stated that the decision to cut the grace period was decided after receiving feedback from drivers and that passengers will “ultimately” benefit from the move. According to him, the shortened grace period is anticipated to boost production and efficiency within Grab’s network, as well as contribute to an increase in the number of drivers operating their vehicles.

“There will be customers who are dissatisfied with the product. However, the primary focus of our efforts is to bring about a change in behavior,” as Mr. Yee explained.

The lack of available drivers is a persistent problem in the on-demand transportation industry, as all of the ride-hailing businesses are in fierce competition with one another to hire drivers.

The ever-increasing price of gasoline and other operating expenses have reduced the overall profitability of driving for ride-hailing companies. As a result of the robust labor market and declining unemployment rate, an increasing number of drivers are deciding to get a full-time job in order to secure their income rather than continue to drive for ride-hailing firms and earn an unpredictable income. The problem of a lack of drivers has been made much more difficult by these two contributing causes.

Earlier this month, Transport Minister S Iswaran reported to Parliament that the number of active taxi and private-hire car drivers has decreased by 18 percent since January 2020, reaching approximately 57,000 drivers as of June 2022. This number represents a decline from the previous high of approximately 70,000 drivers in January 2020.

On the other hand, the demand for private-hire transport has significantly increased as a result of the relaxation of COVID-19 regulations and the increase in the number of social activities; for example, the number of daily point-to-point trips increased by 30,000 in June compared with February.

Ride-hailing businesses are currently implementing attempts to acquire more drivers in order to keep up with demand. Surge pricing is something that companies have no choice but to use, which means that customers will pay more for their tickets, particularly during busy travel times.

It’s possible that Grab’s new waiting time regulation is an additional effort on their part to support and keep their already-active drivers, as well as to entice new drivers to sign up with the firm.

However, other ride-hailing services like Gojek, Ryde, TADA, and ComfortRide all have cancellation rules, and it’s possible that they will soon follow suit and introduce a shorter waiting time grace period in order to attract more drivers.

In the last decade, ride-hailing applications have caused a stir in the urban transportation systems of cities all over the world. Commuters in Singapore also rely on mobile apps to schedule trips to their preferred destinations, regardless of whether those destinations are for work or enjoyment.

Changes in user habits like these have been facilitated by policies implemented by the government in this region. For instance, Singapore is working toward becoming a “car-lite” society, which will result in fewer people owning cars and a higher reliance on ride-hailing services as well as other modes of transportation, such as vehicle sharing. This is supported by social backing for environmentally friendly options that can aid in the fight against climate change.

Grab has been operating in Singapore for ten years already, and in that time it has caused a significant shift in the transportation industry. In its early stages, it engaged in head-to-head competition with Uber, which ultimately resulted in Uber selling its Southeast Asian business to Grab in exchange for a 27.5 percent ownership position in the latter company.

Grab has since grown to become the most significant competitor in this region. It has also secured a license to provide digital banking services, which it has used to grow into other companies such as restaurant delivery, grocery delivery, and rapid delivery.

However, the challenge for Grab in the ride-hailing business is whether it will be able to weather the current complaints from passengers and continue to be as successful as it has been in the past, or whether it will push commuters toward more traditional modes of transportation such as taxi services or buses.

Will Grab follow in the footsteps of Netflix, which was once the most disruptive company in the streaming market but has shed millions of members over the course of the past two quarters?

According to Grab’s most recent set of financial records, the company’s first quarter, which concluded in March, resulted in a loss of $435 million (S$600 million), which was an increase from the loss of $1.1 billion recorded in the prior quarter. The total loss for the company in 2021 was $3.6 billion US dollars.

Although Grab has been at the forefront of the disrupted market in the private-hire transportation sector, there have been questions raised regarding the company’s ability to continue to hold its own in the face of the introduction of contentious policies such as the shortened grace period for penalty-free waiting time.

Is it possible that “established” brands like ComfortDelGro will eventually catch up with or even surpass Grab?

From a technological point of view, “catching up” might not be as difficult as one might think. After all, some of these conventional businesses have already established ride-hailing services, electronic payment systems, and one-stop lifestyle services, albeit with little success.

The more important question is whether or not they can adapt quickly enough to fulfill the ever-changing requirements and expectations of their customers.

It is unlikely that these established enterprises would be able to overtake Grab’s lead in the market if they continue to merely follow the example set by Grab rather than attempting to innovate and provide game-changing techniques that grab the interest of customers. The best that can be hoped for is for them to keep trying to catch up.

Grab is quickly becoming a one-stop shop for customers, offering not only transportation and delivery services but also shopping and a variety of payment channels. In addition, customers who use each of these services are eligible to receive discounts or other prizes. This reward strategy encourages customer loyalty and encourages customers to continue using Grab so that they can take advantage of the benefits offered by Grab.

They become “captive” customers since the opportunity costs associated with moving to other service providers are substantial. As a result, they choose to put up with the surges, higher rates, and shorter waiting time grace period rather than move to another service provider.

Grab has begun extensively advertising its “buy now, pay later” option in order to accommodate the requirements of developing consumers to make purchases on credit, which is another illustration of the forward-looking strategy that Grab employs.

This payment capability might be considered as an additional move to broaden its service offerings in order to entrench its existing users while simultaneously luring people who are cash-strapped to come on board.

Grab has an advantage over its rivals in the traditional transportation market segment due to the fact that it consolidates all of its services into a single mobile application and maintains a rewards program that encourages customer retention.

Grab has a good chance of continuing to be the most popular service provider in Singapore for the foreseeable future, particularly if the company is able to address complaints around inaccurate arrival times or incorrect pickup locations.

When it comes to customers, they have the option to move to alternate modes of transportation such as the bus or train in order to save money when they do not have any time constraints.