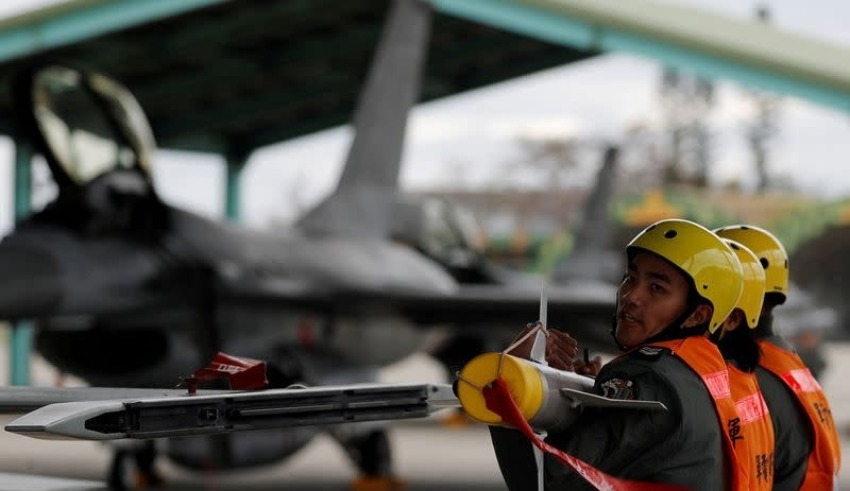 On Friday (September 2), the United States made the announcement of a fresh armament package for Taiwan in the amount of US$1.1 billion. The United States has pledged to continue upgrading Taiwan’s defenses as tensions rise with Beijing, which has warned Washington of “countermeasures.”

The most recent sale by the United States comes a month after House Speaker Nancy Pelosi’s defiant visit to the self-governing democracy, which prompted mainland China to conduct a show of force that could be a practice run for an invasion in the future.

The aid package, which is the largest one for Taiwan to be approved during President Joe Biden’s administration, includes $665 million in United States dollars for contractor support to maintain and upgrade a Raytheon early radar warning system that has been operational since 2013. The system would warn Taiwan of an impending attack.

If China decides to launch an attack by water, Taiwan will also invest around US$355 million to purchase 60 Harpoon Block II missiles. These missiles have the ability to monitor and sink oncoming vessels.

In addition, the weaponry include $85.6 million worth of Sidewinder missiles, which are a staple of air-to-air firepower in Western military and are used in more than 100 of the missiles.

The announcement comes just one day after Taiwanese forces shot down an unidentified commercial drone in the midst of a sudden spate of mysterious incursions that have unnerved the island following the earlier show of force by Beijing, which said it fired ballistic missiles over the capital of Taipei.

China demanded that the United States “immediately cancel” the arms supplies, stating that Taiwan is a “inalienable” part of China’s territory and that Taiwan should not be considered independent.

In light of the progression of the crisis, he said that China would take legitimate and necessary countermeasures with “resolute determination.”

Singapore has “zero margin for error” in terms of leadership, according to Prime Minister Lee

The statement made by the spokesperson was as follows: “We urge Beijing to quit its military, diplomatic, and economic pressure against Taiwan and instead engage in serious dialogue with Taiwan.”

The sales are “routine cases to support Taiwan’s continuing efforts to modernize its armed forces and to maintain a credible defensive capability,” the spokesperson said on the condition of anonymity in accordance with protocol. The spokesperson emphasized that the sales do not violate any laws or regulations.

According to what he had indicated, “the United States will continue to promote a peaceful resolution of cross-strait issues.” This would be in accordance with the desires and priorities of the people living in Taiwan.

The sale is contingent on receiving clearance from the United States Congress, which is extremely likely given that Taiwan enjoys widespread backing from members of both parties.

Pelosi, who is second in line to the White House, was scheduled to visit China when Biden administration officials quietly made the argument to Chinese officials that she did not reflect the administration’s views because Congress is a separate and equal part of government.

The approval for the sale of weapons, on the other hand, can be traced directly back to the administration of Joe Biden. Despite this, the sale is in line with previous sales ever since 1979, when the United States switched recognition to Beijing but agreed to maintain Taiwan’s capacity for self-defense.

China views Taiwan as a province that needs to be reunified, whether through peaceful or violent means. Despite the fact that China’s nationalists established a separate government in Taiwan in 1949 after suffering defeat on the mainland during the country’s civil war, the island has since developed into a flourishing democracy and a significant center of technical innovation.

As a result of Russia’s invasion of Ukraine, concerns are developing regarding whether or not China will do the same thing in Taiwan and whether or not Taiwan has the capability to defend itself.

In a public appearance in July, the director of the Central Intelligence Agency (CIA), Bill Burns, stated that Chinese President Xi Jinping was still intent on asserting control over Taiwan, but that Russia’s woes in Ukraine may have prompted Beijing to wait and make sure it can have an overwhelming military advantage before moving forward with its plan.