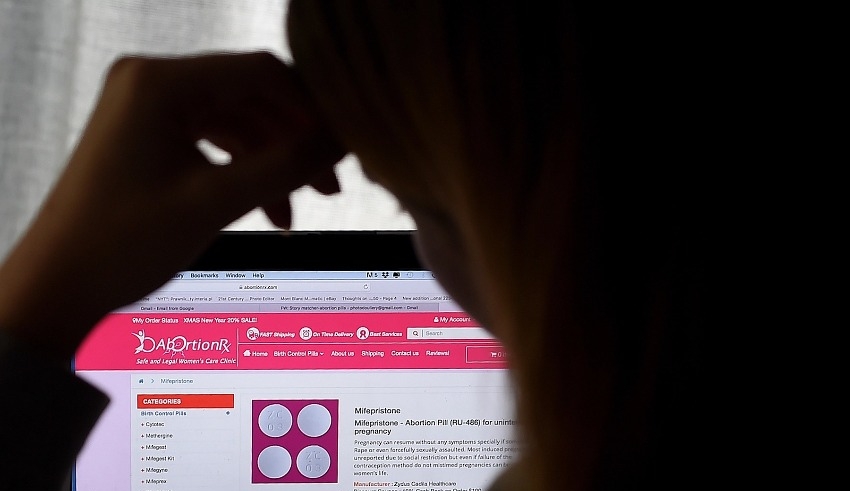 A jump of 2,585 percent in telehealth abortion platform visits on June 24th, the day the verdict was announced (to 436,727), was reported by Similarweb.
(c) Rolling Stone

Traffic on telemedicine abortion platforms has increased 456 percent after the leaked draft ruling was made public in May and an additional 20 percent month-over-month in June when the final Supreme Court verdict was revealed. Abortion pill firms have been forced to rapidly expand to meet the surging demand for their products after 5.3 million web visits were recorded in June.

A jump of 2,585 percent in telehealth abortion platform visits on June 24th, the day the verdict was announced (to 436,727), was reported by Similarweb. The following day, traffic increased by more than half.

Startups such as Choix, Hey Jane and Just the Pill, which started in the last few years to provide abortion prescriptions via telemedicine and postal delivery, are reaping the benefits of the spike in demand. These firms claim that their services can reduce travel time, in-office wait times, and costs because of the loosening of federal rules. Regulators and a hostile legislative environment are preventing these enterprises from expanding beyond state lines to meet the fast growing demand.

Choix has seen a 600% increase in site traffic since Roe v. Wade was reversed, according to the company.

Just The Pill had over 260 online appointment requests in less than four days following the judgment, up from the customary 20 to 25 a day.

Web traffic has increased, the number of calls has doubled, and there has been a “significant surge in demand” for abortion services, according to the telemedicine company Carafem.

Mobile clinics will be used to offer medication abortions to “the enormous inflow of people who will suddenly need care,” says Dr. Julie Amaon, the medical director of Just the Pill and Abortion Delivered in a statement.

“We are unfazed by this challenge. Our goal is to make reproductive health care more inexpensive and accessible for all people, especially those who are most in need of it.”

In order to ease travel concerns for patients from more restrictive states, the mobile clinics will operate at the crossroads of state borders. According to Dr. Amaon, the endeavor will be able to react to changing legislation more swiftly if it works outside of traditional building limits.

According to the firm, Just The Pill’s first mobile clinics will begin operating in Colorado this week. Procedure abortions, same-day contraception, and STI treatment are all part of a new, larger clinic that will open its doors this summer for women who are ineligible for medication abortions because they are beyond 11 weeks pregnant.

The state of New Mexico is bracing itself for an influx of out-of-state abortion seekers, so Choix said Thursday that it is expanding its services to the state. By the end of 2023, the business aims to serve every state where abortion is legal. There are presently three other states where it provides services.

According to the Guttmacher Institute, a research group that advocates for abortion rights, the so-called abortion pill, which involves taking two medications, mifepristone and misoprostol, was approved by the US Food and Drug Administration in 2000 and now accounts for over half of all abortions in the United States.

Mifepristone was initially barred from mail delivery, but the FDA cleared it for online pharmacy prescription and delivery during the beginning of the epidemic, which has subsequently been made permanent.

For a long time, the prescription drug misoprostol was available to treat or prevent ulcers.

According to Choix and Hey Jane, the cost of remote care is half that of in-person care in the United States.

Abortion funds are also partnered with to provide financial support to patients who require it. It is still possible to get these tablets for between $249 and $289 if you include the consultation and medication as well as shipping and provider check-ins.

There are a growing number of telemedicine choices available online for those seeking abortion pills in the current unfriendly legislative atmosphere.