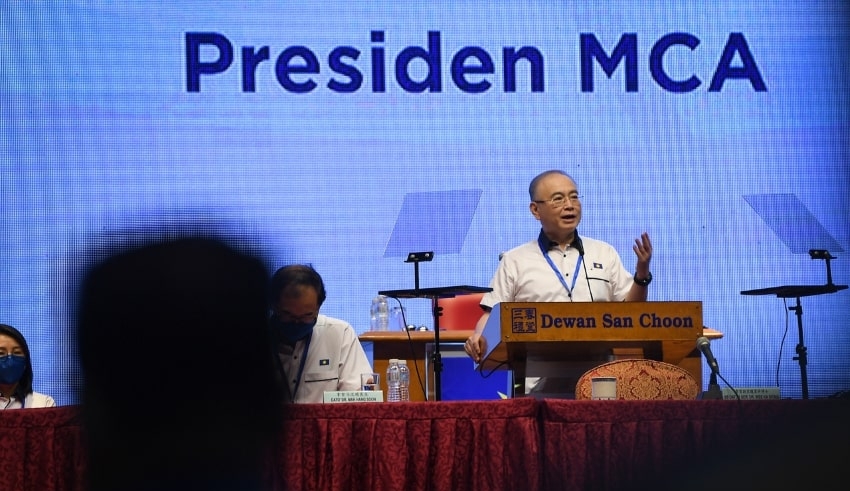 Datuk Seri Wee Ka Siong, said that the Barisan Nasional (BN) is not to blame for the Kedah government's move to completely outlaw numbers forecast businesses in the state.
(C) Malay Mail

Malaysia – MCA president Datuk Seri Wee Ka Siong, said that the Barisan Nasional (BN) is not to blame for the Kedah government’s move to completely outlaw numbers forecast businesses in the state.

Wee said today at a news conference that the decision originated from Kedah Mentri Besar Datuk Seri Muhammad Sanusi Md Nor and was thus unrelated to the government or the BN coalition.

“As I already stated, what happened in Kedah is related to the state government’s premise license.

In a press conference, he said alongside Lendu candidate for Melaka state elections and former state chief minister Datuk Seri Sulaiman Md Ali  that this is not a topic under the scope of Barisan Nasional and that it is up to the Kedah state administration.

Sanusi from PAS, which is part of the federal government together with Wee’s MCA, leads the Kedah Perikatan Nasional administration.

Wee stated today that DAP secretary-general Lim Guan Eng’s claim that both BN and Perikatan Nasional were exploiting extreme emotions in the upcoming polls had him confused.

According to him, he do not understand, their affiliated component party, Amanah’s representative, which backed the action in Kedah, which implies that the alleged rationale that he (Lim) had given (to BN) doesn’t sound reasonable. So, this isn’t a Barisan Nasional issue; it’s a state government choice.

Non-Muslims, on the other hand, have the freedom to engage in lawful gaming without being subjected to Muslim-only rules, according to Wee.

“In a culturally diverse community, freedom is allowed to non-Muslims, but it is haram for Muslims, thus if steps are taken against Muslims who access these areas, there should be no problem.”

“However, others must be allowed freedom, and it is up to them whether or not to partake in these type of activities.” Last Sunday, Muhammad Sanusi said that local councils will no longer renew the business licenses of any stores selling numbers forecast lottery drawings in the state, citing the need to address the harms caused by gambling.